The African Development Bank (AfDB) approved a $160 million loan for the expansion of Jomo Kenyatta International Airport (JKIA) of Kenya following the efforts being made by Kenya’s government to make Nairobi an aviation hub.

The existing single runway is operating at Category Flights Conditions level one (CAT-I) with a width of 45m and 4.1 km long. The 2nd runway will support more air traffic and facilitate increased tourism and business travel and expedite a two-way cargo traffic,” says Amadou Oumarou, Director at AfDB’s Infrastructure, Cities and Urban Development who worked on the project.

The project is designed to improve reliability of air transport to and from JKIA by reducing delays at peak hours and costly flight diversions arising from incidences on the existing runway, as well as the configuration of the existing single runway facility that impede the airports operational efficiency.

In so doing, the project will enhance regional integration and expand international trade via improved regional and international air connectivity, as well as facilitate high-value exports and imports, increase tourist earnings, and advance Kenya’s economy towards the middle-income status.

Furthermore, the project will significantly improve resilience and airport capacity to enable direct intercontinental flights to North America and Australia. This is expected to increase access for Kenyan floricultural produce to new markets.

As part of the airport’s broader  expansion and modernization set forth in the JKIA 2010 Master Plan, the project ties in with the development objectives and priorities of the government’s Vision 2030,  the Bank’s strategy and the Hi-5 priorities all of which lend support to projects that enhance economic efficiency, regional integration, and facilitate international trade.

On completion, the project will significantly increase tourism and business travel annually by 4.2% between 2026 and 2052, while two-way cargo traffic is projected to annually grow by 5.1% over the same period. Together, growth arising from aviation, tourism, and floriculture, is estimated to generate about US$ 1.5m jobs and add approximately US$ 22.7b (estimated as at 2016) in added-value to the national GDP. 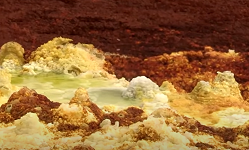