“Two concessional Loan Agreements amounting to $140 million (equivalent to 4.4 billion ETB) were signed today between Ethiopia and the Kingdom of Saudi Arabia,” the Ministry of Finance of Ethiopia twitted this morning.

It is stated that the first loan agreement amounts to 75 Million US Dollars is aimed to finance the Debre Markos-Motta Road Project that aims to construct a road of about (118.4) killometers.

While, the second loan agreement amounts $65 million is to finance One WASH (water and sanitation) National Program with the main objectives of improving the health and well-being of communities in rural and urban areas.

Prime Minister Abiy Ahmed of Ethiopia has witnessed the signing of the agreement between his country’s Finance Minister Ahmed Shide and Dr. Khalid S. Alkhudairy of the Saudi Fund for Development, who is visiting Ethiopia.

The delegation has also signed Gad and Dicheto solar energy projects implementation agreement and power purchase agreement for the generation of solar power in Afar and Somali regions.

After the new prime Minister Abiy Ahmed has come to power in April 2018, Ethiopia has been getting financial support in the form of loan and aid from Gulf Countries, mainly Saudi Arabia, United Arab Emirates and Qatar.

reports show that the loans has helped Prime Minister Abiy Ahmed’s regime to cope with the severe foreign currency shortage. On the contrary experts have been expressing their concern of Ethiopia’s growing debt burden, which now exceeds $52 billion. 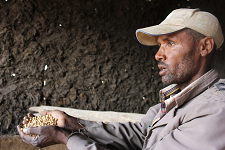