Leading digital money transfer service WorldRemit has raised $40m to drive its next phase of global growth, aiming to serve 10 million customers connected to emerging markets. Half of these customers will be in Africa.

As part of the expansion, WorldRemit will enable customers in Africa to transfer money to 148 countries as easily as sending an instant message, using the WorldRemit app. Countries in Africa which now receive remittances through WorldRemit, will become send countries. Most importantly, the new service will make sending money within Africa faster, easier and low cost. According to the World Bank, inter-Africa transfers are amongst the most expensive in the world.

Money transfers to Africa account for more than half of WorldRemit’s total volume of transactions. The company currently handles 74% of remittances to popular mobile money services across Africa like MTN, Ecocash, Tigo Pesa, Vodafone M-Pesa and Airtel Money,  making it the global leader in mobile-to-mobile international money transfers.

Ismail Ahmed, founder and CEO at WorldRemit, comments: “This new funding will fuel our growth, and help bring our service to millions more customers across the globe. Africa is a crucial market for us and over the next few years, we will expand our services so customers can send and receive with WorldRemit, getting the benefits of our fast, secure online service.”

Since its last funding round in 2015, WorldRemit has launched 206 new services across the globe and has grown its transaction volume by 400%. Last month WorldRemit became Arsenal FC’s first-ever online money transfer partner.

The Series C round was led by LeapFrog Investments – a dedicated equity investor in emerging markets, supporting fast-growth firms that deliver social impact alongside commercial returns. The round also had    significant participation from existing investors Accel and Technology Crossover Ventures (TCV).

This latest funding round follows a Series B investment raised from TCV in 2015 and a Series A from Accel and Project A in 2014 – then one of the largest ever Series A rounds in Europe.

WorldRemit was founded in 2010 by a UK-based entrepreneur from Somaliland, Ismail Ahmed, a remittance specialist and former compliance advisor to the United Nations. Personal experience of using money transfer agents convinced Ismail that technology could improve the sending process, enhance compliance and reduce costs to the customer.

WorldRemit has secured $220 million in funding backed by Accel and TCV – early investors in Facebook, Spotify, Netflix and Slack – and LeapFrog Investments.

WorldRemit’s global headquarters are in London, UK with offices in the United States, Canada, South Africa, Japan, Singapore, the Philippines, Australia and New Zealand. The company won the FT/IFC Transformational business award  in 2017 and is rated as one of the UK’s fastest growing fintech companies, in the Sunday Times Tech Track 100. 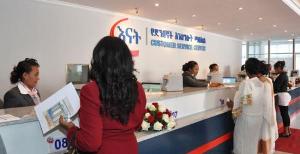