Some 50,000 people in Southern Ethiopia are displaced by flash flooding that followed a heavy rain.

The people are displaced in West Giji zone of Oromia Region around Gelana area, according to the state broadcaster ETV report. One of the victims of the flooding said that every year they suffer from similar floods. “… We are losing our assets including cattle and their grazing land… The problem keeps occurring because we don’t have sufficient infrastructures in place. We are now in worry,” he said.

A woman who is also among the victims of the flood, also urged the government to build roads and drainage system in the area for them to avoid similar tragedy in the future. She stated that even though the villagers have been calling on the government to protect them from such a catastrophe by building the infrastructures, but didn’t get solution so far.

A representative of the local administration indicated that the government is working to supply food and temporary shelter for the over 50,000 people displaced in the area.

Media reports show that in the past few weeks flooding has been causing death of people in Eastern Africa mainly Kenya and Ethiopia. 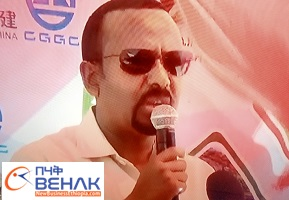