The production of chemicals, especially fertilizer, soap, cement and other detergents is among the sectors that received top priority in reforming the manufacturing sector in Ethiopia.

The objective is to build up sufficient production capacities to satisfy local demand and substitute imports. Chemical and Construction Inputs Industry Development Institute is the mandated institute in order to control and monitor the manufacturing sector.

Though the manufacturing industry is the main contributor of the nation’s economy that deserves government’s utmost attention, the current government has given equal emphasis for green development. Whilst the industry needs to be expanded on one hand, environmental protection also needs to be given attention on the other hand. And the basic question here is how to entertain these two issues in a balanced manner.

Likewise, different policies and strategies have been designed in order to protect the environment coupled with boosting the manufacturing sector in the way it produces different products. According to him, economic, societal and the environmental development is the basis for overall growth of the nation. A business or profit that does not focus on these three important pillars will not be sustainable. The process stops somewhere unless it is supported by the growth of these three pillars.

“If we have to preserve clean environment for the next generation, investors or producers have to balance their income with the benefits of the community and the environment. And the government needs to monitor and make accountable illegal investors and manufacturers in order to make them on the right track to carrying out their responsibility. The practice of polluting environment should not be accepted by any means. Besides, there should not be any ambiguity about Ethiopia’s green strategy,” he stressed.

As a result of Ethiopia is following a free market system, manufacturing industries are required to provide a certificate which indicates that they are producing a environmentally friendly products before exporting their products. As raw materials are natural resources they should also use them properly, he added.

According to Dawit, there is a need to expand manufacturing industries. Nevertheless they are considered as paramount importance for the country’s economic growth; their services should not contradict the benefits they provide. Manufacturing industries make extensive use of chemical inputs in the form of liquid and powder form for production process. In fact, all chemicals should not be considered as harmful. It is important to consider that there are important chemicals that are significant to create safe environment.

Chemical inputs can be considered as a source of problem when the manufacturing industries use obsolete materials that resulted in environmental pollution and waste of resources. Lack of capacity and interest among the manufacturing industries to reduce wastes through treating and recycling is also the major problems of manufacturers. These overlapping problems are affecting humans, animals, and plants in general.

According to a study conducted by the Institute, more than 1.8 million kilograms of stored chemicals have been found in various areas. The study’s findings do not reflect the scale of the problem, as it comes from only one chemical industry run by the institute.

Despite the study did not provide any evidence that the stock could have been converted into an explosive device, the chemical stockpiles are dangerous. In a recent phenomenon; the fire explosive caused by chemical stockpiles in Beirut, Lebanon, has caused severe damage to human life, property and the environment, it was learnt.

As to him, how standard and acceptable the chemical which is being used by manufacturing industries and its environmental compatibility are the basic things which should be raised to monitor the manufacturing industries. Dawit further noted that the impact can also considered Ethiopia as a wasteland among the developed countries.

He also noted that the country has enacted laws to monitor and control in importing expired chemicals by the industries. In order to implement Ethiopia’s green development strategy, the manufacturing industries need to adapt an environmentally friendly production process.

This can be done by ensuring that the raw materials they use do not pollute the environment, avoiding waste coupled with replacing the energy by natural resources like; solar, wind, and other renewable resources.

As to him, some industries are registering encouraging results. He also illustrated that the Dangote Cement Factory has a large production capacity and high energy consumption. As a result, it is currently using coffee straw, wood pulp wastes, sugar cane pulp for alternative energy resources. Besides, it is also recycling its wastes.

The Shemu Soap Factory in Dire Dawa is also cited as a model for eliminating wastes that do not affect the environment. The Institute is working responsibly to include other manufacturing industries in this process and to expand its experience. Therefore, the factory is playing its role in protecting the environment as well as creating job opportunity for the community.

In addition, the Institute is working responsibly to make other manufacturing industries to take and expand such experiences. According to Dawit, an environmental policy and law has been enacted to hold the pollutant accountable.

“The government’s role is to monitor and enforce the law. What makes the issue more challenging is the contribution of government institutions, the legislature and the executive for the existing problem violating the law by disposing their waste improperly. Unused chemical reserves have been found in many government agencies. Therefore, our office is working hard in order to avoid such wastes appropriately,” he said.

Manufacturing industry cannot import without a license. In order to be effective in this way, government assistance is essential to the development of the system. Lack of a laboratory to verify the authenticity of the chemical has also hampered the efficiency of the work. If this is achieved, it will have a better performance.

Although it is difficult to determine the amount of waste to be disposed due to the fact that manufacturing industries do not have a tradition of disposing of waste, the institute is trying to mix the treated waste with cement in order to use it for constructing pedestrian road.

Ethiopia has put the strategy for developing a climate change resilient green economy by 2025. The government states that Ethiopia aims to be a middle‐income country by 2025. However, the strategy recognizes that achieving this through the conventional development path would result in dramatically increased carbon emissions and unsustainable use of natural resources.

As per the Ethiopia’s Climate Change Resilient Green Economy strategy, the green economy strategy identifies four pillars of development in the green economic action plan. Improving crop and livestock production practices for higher food security and farmer income while reducing emissions and protect and re‐establish forests for their economic and ecosystem services, including as carbon stocks are among the pillars.

Apart from this, the strategy also aims to expand electricity generation from renewable sources of energy for domestic and regional markets and to leapfrog to modern and energy‐efficient technologies in transport, industrial, and construction sectors.

Henceforth, the institute jointly with the government and the stakeholders is working exhaustively in order to inculcate the working balance of the manufacturing industries in keeping the environment safe and friend, Dawit noted. The Ethiopian Herald JUNE 24/2021 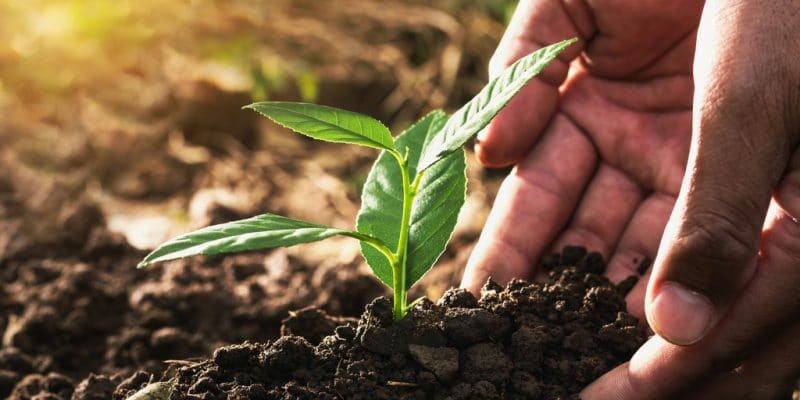