Capital inflows into the Kenyan renewable sector have been steadily increasing in recent months, according to Asoko Insight, the Intelligence partner of the African Renewable Energy leaders Summit.

In line with its Vision 2030, the Kenyan government is scaling up power production through renewable generation, with the aim of growing by 980%, from the current 2,341MW to 23,000MW. According to Eng. Isaac Kiva, Director of Renewable Energy at the Kenyan Ministry of Energy and Petroleum and speaker at ARELS, “Having adequate power from renewable sources will not only ensure security of supply and cost effective tariffs; it will enhance the competitiveness of Kenya, and facilitate its socio-economic transformation.”

Charlotte Aubin-Kalaidjian, President at GreenWish and speaker at ARELS, has no doubt about the enormous potential renewable energy projects have in supporting development and economic growth in Africa: “Renewable Energy projects are competitive, reliable and clean sources of power, which can be developed and implemented quickly, both as on-grid utility scale projects and as off-grid captive projects.”

While the majority of capital inflows go to funding larger projects, a rising volume is being channelled towards off-grid start-ups. “Renewable energy projects, particularly solar PV, are inherently suited to addressing energy deficit in remote locations by way of off-grid installations,” Aubin-Kalaidjian explains.

“With respect to off-grid projects, the regulatory environment may need to be clarified in some countries to enable their roll-out.” All energy projects face regulatory risk, yet renewable energy ones are particularly vulnerable to changes in the regulatory framework. Usually, in fact, these depend on a supportive regulatory framework, which includes commitments to pay premium prices, priority access to electricity grids, and guarantees of purchases of their output, Asoko insight reports.

Although there have been some high profile project successes like Lake Turkana in Kenya, Rwanda Gigawatt Global, or Mocuba Mozambique, the East African region has not gained consistent momentum with respect to renewable energy projects’ investments. Reasons to this may be found in land-use requirements as well as environmental and societal issues. In order to further increase capital inflows and support the development of renewable energy plans, Governments must reassure investors about their ability and willingness to implement projects by setting clear targets for installation and by answering grid and offtake creditworthiness related concerns.

The first Africa Renewable Energy Leaders’ Summit, on 4-5 April in Nairobi, will be the premium platform to address these challenges, as it will gather Government representatives from Kenya, Ethiopia, Burundi, South Sudan, Tanzania, Rwanda and Uganda, along with over 200 experts. Held under the patronage of Charles Keter, Cabinet Secretary, Ministry of Energy & Petroleum in Kenya, ARELS will bring together governments, private sector, international development agencies, non-governmental organisations, and think tanks to discuss the present and future of green energy in East Africa, on 4 and 5 April in Nairobi.

Flood displaces over 50,000 in Ethiopia 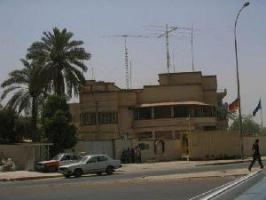