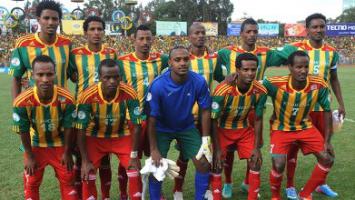 Urging others to follow Coca Cola’s footsteps to support youth football development in Ethiopia, the Ethiopian Football Federation says, COPA Coca Cola football tournament is contributing to the improvement of football in the country.

Deputy Secretary General of the Ethiopian football federation and FIFA masters graduate Meskerem Tadesse says COPA Coca-Cola tournament is a major development tool for the future of Ethiopian football. According to the deputy secretary general, COPA Coca-Cola is the football federation’s largest youth development project in the country at the moment.

“We should focus on the youth. Without working on the youth we can’t achieve success on a national or international level. We have given the COPA Coca-Cola tournament primary focus as it is the way to cultivate the youth in football and we have hired coaches and assigned professionals for the project in partnership with Coca Cola. Other than the funding we received from Coca-Cola we have also allocated one million birr for this season’s COPA Coca-Cola tournament” adds Meskerem.

Speaking on the prospects from the tournament, the deputy secretary general reiterated the expectations and belief in the COPA Coca-Cola tournament producing young men and women footballers that will represent the country on international level.

According to the deputy secretary general, there are currently over 50 players in the Ethiopian youth and sports academy recruited from the COPA Coca Cola tournament.

“Since Coca-Cola and the federation are working in partnership with the Ethiopian sports academy with this year’s COPA tournament, there are a whole lot more players expected to join the academy and become the future hopefuls of the country’s football. ”

The Federation has also called upon interested companies and organizations to invest in youth development projects in relation to Ethiopia’s football.

“We are very happy that Coca-Cola brought this project to us. We appreciate the company for its contribution and commitment to Ethiopian football. Our door is open for those who are willing to support the efforts of the federation in developing youth football in the country,” Meskerem said.