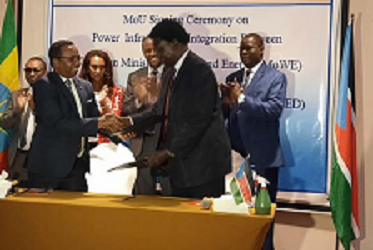 A delegation of South Sudan Government, which has been on official visit in Ethiopia since Wednesday, has signed memorandum of understanding to link Gambella Region of Ethiopia with Malakal City of South Sudan with 357 kilometers length electric transmission line.

The line will have the capacity to transmit 230 volts of electricity, according to the intent expression energy purchase deal South Sudan delegation has signed to purchase electric from the neighboring Ethiopia.

In the long term, the electric transmission line connecting the two countries will be increased to 700 kilometers with capacity of transmitting of 400 or 500 volts of electricity, according to the information from Ethiopian Electric Power.

In the agreement it is also stated that the two countries will form a joint technical committee that will facilitate the electricity trade between the two countries. During its stay the delegation led by South Sudan Energy and Mams Minister Peter Marcello has also visited Ethiopia’s electric regulation center.

Currently Ethiopia is selling electricity to the neighboring Sudan and Djibouti from which the country has been earning several tens of millions of dollars every year. In addition, the transmission line between Ethiopia and Kenya, which is partly financed by the African Development Bank,  is also completed and the two sides have inked a new electricity purchase deals last February. 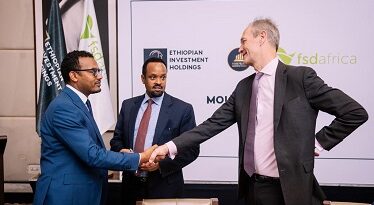