The United States returns to the first spot of IMD’s most competitive economies in the world, followed by Hong Kong, Singapore, the Netherlands and Switzerland.

The United States improves three positions from last year while Hong Kong drops one spot and Singapore remains 3rd. The return of the United States to the top is driven by its strength in economic performance (1st) and infrastructure (1st). Hong Kong takes a somewhat different approach exploiting its government efficiency (1st) and business efficiency (1st), according to IMD.

The Netherlands moves one place to 4th, swapping with Switzerland which moves down to 5th. The Netherlands’ advancement shows a “balanced” path to competitiveness, ranking in the top 10 in economic performance, government and business efficiency. Switzerland declines mainly due to a slowdown in exports and, to a lesser extent, an increase in perceptions about threats of relocation of R&D facilities.

The remaining places in the top 10 are occupied largely by Nordic countries: Denmark, Norway and Sweden rank 6th, 8th and 9th respectively. These countries show strong performance in the overall productivity of the private sector and its management practices. The UAE (7th) and Canada (10th) close the top of the rankings.

Other high performing economies advanced even further this year. Notably, Austria (18th) and China (13th) considerably improve their positions by seven and five places respectively. Professor Arturo Bris, Director of the IMD World Competitiveness Center, says “economic growth, reduction of government debt and increased business productivity enable Austria to move up. In the case of China, investment in physical and intangible infrastructure as well as improvement on some institutional aspects such as the legal and regulatory framework boost its performance.”

Russia and Turkey go up one place respectively to 45th and 46th.

The bottom five economies show a slight change in their performance especially those countries that have experienced economic and political distress in the last few years.

While Mongolia (62nd) and Venezuela (63rd) remain in the last positions, Ukraine (59th) and Brazil (60th) improve. Brazil’s improvement is the first since 2010 due to a positive shift in real GDP and employment. Ukraine increases because of its business efficiency. Their rise pushes Croatia down two places to 61st.

He adds “countries at the top of the rankings share an above the average performance across all competitiveness factors, but their competitiveness mix varies. One economy, for example, may build its competitiveness strategy around a particular aspect such as its tangible and intangible infrastructure; another may approach competitiveness through their governmental efficiency.”

The IMD World Competitiveness Center, a research group at IMD business school in Switzerland, has published the rankings every year since 1989. It compiles them using 258 indicators. ‘Hard’ data such as national employment and trade statistics are weighted twice as much as the ‘soft’ data from an Executive Opinion Survey that measures the business perception of issues such as corruption, environmental concerns and quality of life. This year 63 countries are ranked. 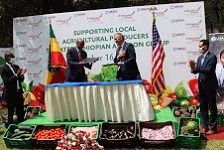