By Omer Redi– Mauritius, the most diversified economy in the continent, urges foreign ministers from different African countries to unite and work together as one and bring inclusive development to African people.

The plea is made on Tuesday by Mr. Seetanah Lutchmeenaraido, International Trade Minister of Mauritius, at the 24th Session of the Inter-Governmental Committee of Experts (ICE) of Southern Africa opened in Mauritius.

Mr. Lutchmeenaraido said Africa must first believe in itself with political leaders giving the right message that; “We can do it. We can stand on our own feet; that South- South cooperation is a reality; that we can work together in a win-win situation with mutual respect for each other”.

Most importantly, he said, African nations need to trade more with each other if the continent is to emerge as a powerful continent in the next century.

“We have been ignored and colonized for so long that we have come to the conclusion that probably Africa is not for tomorrow and that the continent will have to wait for the millennium to emerge. This is not true,” the minister said, adding that Africa will not move ahead if its people continue to ‘stay in this mentality of being victims of colonization; victims of economic rape’.

“If we want to emerge as a powerful continent then we have to stop behaving like victims but as builders of tomorrow. If we develop this attitude that we can do it; that we have the resources to do it and that the learning process will not be that longest time, then we can emerge. We have to trade more with each other than what is currently obtaining.”

He shared with the more than 80 participants, including senior Southern African government officials, how Mauritius as a country moved from being a poor country when it gained its independence in 1968 from Great Britain to being a successful country that provides universal education and health to all her citizens.

“We have learned to move from an island which was condemned to be a failed state to what we are now today. We survived because there was no-one on whom to rely on. We had to learn the hard way of discipline and hard work. We moved from being a one-crop economy (sugarcane) into tourism, export processing zones for industrial production, then became a financial center. We diversified in a big way and in 2014 we reinvented the whole economy,” said Mr. Lutchmeenaraido.

Mauritius is the new chair of the Inter-Governmental Committee of Experts (ICE) of Southern Africa. Zimbabwe was the immediate former Chair that handed over to Mauritius.

For his part, Zimbabwe’s representative at the meeting, Mr. Z. Churu, a Principal Director in the Finance and Economic Development Ministry, said industrialization and strengthening regional integration remain rallying points in Southern Africa as the region endeavors to extricate itself from poverty and under-development.

He said the adoption of the African Continental Free Trade Area (AfCFTA) in February in Kigali this year buttresses and accelerates the integration agenda through boosting industrialization and trade by complementing efforts under the Tripartite Free Trade Area.

“Front loading industrialization as a platform for value addition and beneficiation, the development of domestic linkages and the creation of jobs is imperative and the blue economy can anchor such endeavors through its various development levers many of which we will interrogate during this ICA,” said Mr. Churu.

The 2018 ICE is being held under the theme; ‘The Blue Economy, Inclusive Industrialization and Economic Development in Southern Africa’ with participants in the next four days focusing their discussions on opportunities and challenges presented by the blue economy as a strategic resource that can anchor development in the region and help address poverty, inequality and unemployment. 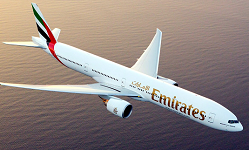