The research done on the track records of African Union treaties and protocols by the ACBF shows that ratification of AU treaties at country level has taken up to five years on average.

“The signing of the AfCFTA is not the end, it needs to be implemented. Why are we concerned with its probability of failing to take off  soon  There is a history to this…When we look into the records of the African Union from 2002 to 2018; a more interesting finding is that 51 treaties and agreements have been signed. But only a third of them have been ratified. Actually 19 of them took five years to ratify. This history points to the need for putting in place the relevant capacities for ratification and implementation at the AUC, RECs and member countries,” said Dr. Thomas Muthali of ACBF.

He presented his paper on Sunday at a panel discussion held in Addis Ababa, Ethiopia, at the sidelines of the 2018 African Economic Ministers meeting, which focuses on the AfCFTA. “But what is critical though is the capacity dimension. Both in terms of ratification and implementation we should be looking at what capacities are required, especially with regards to implementation. This is what we call the missing link,” he said.

Out of the 44, which signed the AU protocol for the establishment of AfCFTA, currently four have ratified the deal. These are Kenya, Ghana, Rwanda and Niger. Out of the remaining eleven AU members who have not yet signed the protocol, six including South Africa have promised to ink the deal. Among those who have not yet signed the protocol include, Nigeria, Saharawi Republic and Uganda, among others.

Currently the share of intra-Africa trade is less than 10% of the total trade of the continent while in other continents it is more than 50%. ACBF is the specialised agency of the African Union focusing on addressing the various capacity gaps of the continent to achieve its development goals such as AU’s Agenda 2063. 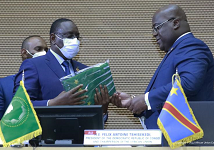 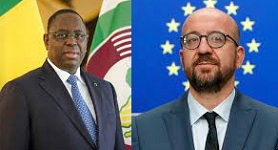