The reformist Prime Minister of Ethiopia, Dr. Abiy Ahmed vow to fight those engaged in economic sabotage following his coming to power.

Speaking to the Members of Parliament on Friday afternoon, the premier said yesterday he has seen over 1.5 million tons of goods on Djibouti Port, which are waiting for transporters to reach Ethiopian market. Meanwhile because those Ethiopian transportation companies has demanded more payment for their services, the highly needed goods such as, medicine and food items are at risk of perishing on the port.

“The trucks are there wasting wealth; on the other hand those items, which should be solving many problems in Ethiopia, are stuck there on the port. If those transport companies are taking more time to negotiate only thinking about what they earn from that specific service, the damage might not be at that much at individual level but it is a huge loss at country level. Because the more the goods stay on the port, the country is incurring more hard currency for as port service fee,” he said.

“We need to look in-depth into such issues, which have cumulative negative effect on the country, and fix accordingly. It is a free market; people can decide their transportation price. But if the existing transportation associations have failed to conduct their business the way the government and the public demands them, it is possible for the government to fill the market gap around there by allowing one investor with a good capacity to import duty free 1000-2000 trucks,” he said.

“But before we take that action, the existing trucks, which half of them are bout by bank loans, resource of the country, those engaged in this business have to understand that what they are doing is damaging to the country and are expected to act responsibly. The ministry of trade and transport are also expected to monitor and take the necessary actions against such practices,” he said.

“Not only this, those who are hording products such as, cooking oil, steel, wheat in their stores and creating shortage and artificial inflation should also be monitored accordingly,” he said.

Indicating the decline of the value of dollars against the Birr in the black market in the past few days, Prime Minister Abiy has also advised those people with huge amount of hard currency in their hands and engaged the black market to release their cash into the market.

Currently the value of one U.S. dollar in official bank market is close to 28 Birr. Meanwhile in the market a dollar was sold for up to 35 Birr a week ago and now it is around 34 birr.

In addition he also noted that there are hundreds of in house private banks where many people build in their homes to store huge amount of cash in order to avoid taxation and hide the real source of the income. He stated that people have been seen carrying 50 million cash from their homes to buy houses in Addis Ababa. Premier Abiy also advised these people to release their money into the official banking system.

In one of his public gatherings recently in Tigray, Prime Minister stated that about 10% in the ruling coalition party are against his reform and are trying to sabotage. He stated at the meeting that the reform will continue bring them on board or cleaning the coalition from those who are working against the reform.

Too early to speculate plane crash cause, says Ethiopian CEO 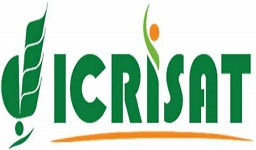