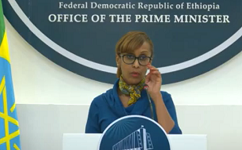 BY ANDUALEM SISAY GESSESSE – The Government of Ethiopia urged its diaspora community to use the formal and legal banking and money transfer system while sending remittances to their families.

This is indicated by Bellene Seyoum Press Secretary of the Office of the Prime Minister of Ethiopia who briefed reporters this afternoon. She made a specific call to Ethiopians in the Diaspora to curb illicit financial flows by the terrorist group and its affiliates.

“We urge you to use formal financial channels for remittances and not fall into the trap of aiding and abetting terror organizations through informal black-market channels. Your country needs you and it is a critical juncture to stand guard for Ethiopia,” she said.

It has been reported that the Tigray Peoples’ Liberation Front (TPLF), which is designated by the Ethiopian Government as a terrorist group by the Ethiopian Parliament, has been using the informal money exchange market (black market) to collect hard currencies from Ethiopians in the diaspora and use it for its terrorist activities such buying weapons.

She made the comment in response to the recent police report about some individuals engagement in black market of collecting hard currency from Ethiopians in the diaspora and transferring it to TPLF.

On Thursday Ethiopian police and intelligence reported that it is currently working with the Interpol to arrest these individuals living in the United States, Europe, United Arab Emirates, and South Africa currently engaged in illicit financial flows and financing terrorism working with TPLF.

The gap between the exchange rate of U.S. dollar and other major global currencies against Ethiopian Birr in black-market and in the formal banking system has been widening over the past few years.

During the close to three decades period where TPLF was on power in Ethiopia as the dominant in the ruling coalition (May 1991 to April 2018), Ethiopia has reportedly lost billions of dollars as a result of illicit financial flows.

Ethiopia lost $11.7 billion in Illegal capital flight from 2000 through 2009, according to a study by Global Financial Integrity.

“More worrying is that the study shows Ethiopia’s losses due to illicit capital flows are on the rise. In 2009, illicit money leaving the economy totaled US$3.26 billion, which is double the amount in each of the two previous years… The scope of Ethiopia’s capital flight is so severe that our conservative US$3.26 billion estimate greatly exceeds the US$2 billion value of Ethiopia’s total exports in 2009.,” the report stated.

The Key Highlights of the week mentioned today by Press Secretary Billene also includes the following:

1. Official State Visit of the Ethiopian deligation led by Prime Minister Abiy Ahmed to the Republic of Turkey

– During the bilateral meetings, both leaders expressed the will to further strengthen cooperation between Ethiopia and Turkey

– The official state visit to the Republic of Turkey culminated with the signing of four significant agreements:

o Firstly, an MOU between both countries on Cooperation in the Field of Water

o Lastly, an implementation protocol regarding the financial assistance

– The area of cooperation in the first agreement includes:

o Development and conservation of river basins; and

– The official state visit to Turkey can be overall described as fruitful in further strengthening cooperation between the two countries.

2. Humanitarian Activity Update in the North of the Country

– As of yesterday August 19, 2021, the number of humanitarian trucks that have arrived in Mekelle has reached 318 trucks

– The more than 300,000 displaced people in the Amhara and Afar regions due to TPLF’s aggressions have been receiving humanitarian assistance through the Government of Ethiopia and WFP.

– In addition, a Regional Emergency coordination centre has been established to facilitate movement of trucks along Afar routes to Tigray, and also to coordinate emergency assistance to displaced people.

3. Continued aggressions by TPLF in the Amhara Region
– The terrorist group has continued terrorizing civilian communities in the Amhara region; looting properties, destroying hospitals, health centres and other infrastructure on its destructive path

– The terrorist TPLF group is attacking farming communities, threatening them with death if they don’t indicate to them access routes; assassinating those that forcibly show them routes after they reached their destinations; abducting male and female youth

4. Terrorist threat in the Horn
– What we have witnessed in the past weeks through TPLFs explicit actions, alliances and rhetoric is that the terrorist group’s aims are destruction and escalating instability;

– This ultimate goal and its ambitions clearly surpass the goal of securing humanitarian assistance.

– According to the Federal Intelligence and Security Task Force, agents of the terrorist group in Addis Ababa and other cities have been caught attempting to undertake widespread economic scams through coordinating illicit financial flows, illegal fund raising and logistical arrangement in support of these groups

– The terrorist group TPLF is not only a threat anymore to Ethiopia but to the stability of the larger Horn region.

– Resultantly, all international partners need to be wary and vigilant of the vicious alliances it is making, including with other global terror cells in the Horn region

5. Local Response
– The local response and condemnation of the belligerence of TPLF continues to be strong across the country.

– Many throughout Ethiopia are going out in public rallies and voicing their denunciation of the terrorist group itself; its alliances and its refusal to ceasefire.

– Millions of Ethiopians are also heeding the national call and extending their support in various ways.

– The Federal Government encourages all Ethiopians throughout the country and across the world to continue mobilizing support for the country; harnessing unity; exposing the nature of the terrorist group and its operatives;

6. Human Rights Watch Report
– TPLF has been designated a terrorist organization per the laws of the land hence counter terrorism measures are being taken against its informants, agents and financiers.

– It is mentioned earlier that the Federal Intelligence and Security Task Force has indicated it has caught TPLF operatives undertaking various covert activities by fundraising, serving as informants and facilitating logistical support for the terrorist group.

– With a belligerent criminal enterprise that has waged war on the State, the responsibility of the Federal Government to thwart grave threats is a priority 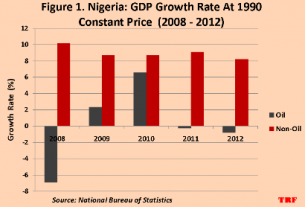