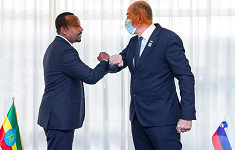 On the sidelines of the 6th European Union – African Union Summit opened today in Brussels, Belgium, Prime Minister Abiy Ahmed of Ethiopia agree with Prime Minister of Slovenia Janez Janša to strengthen ties by working together in agriculture and educations sectors.

The two leaders have also agreed to strengthen overall economic and diplomatic ties between the two countries, according to the State Minister Selamawit Kassa, who spoke to the state media – Ethiopian News Agency.

It is indicated that as Slovenia is planning to become non-permanent member of the UN Security Council in 2024, Prime Minister Janez Janša has called on Ethiopia to support his government’s plan.

Prime Minister Abiy on his part has also expressed his appreciation to the Government of Slovenia for the support it has been extending for Ethiopia in the European Union. He also suggested that Slovenia should open its embassy in Ethiopia.

My appreciation to @OlafScholz for the important deliberations on various issues of mutual interest. Ethiopia appreciates the tremendous development assistance Germany extended thus far and has firm belief that our cooperation will continue strengthened. pic.twitter.com/8EPl6FokUF 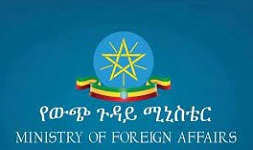