To address the serious challenge of unemployment, Ethiopia government will focus of the development of irrigation and tourism, says Prime Minister Abiy Ahmed.

He made the remark this morning speaking to the members of parliament in the capital, Addis Ababa. The premier stated that the jobs the country is creating every year is around one million, while the population of the country is increasing by two and half million annually.

“…that is why we are focusing on the tourism sector development ad irrigation,” he said. Prime Minister Abiy noted that around 40% of the youth I the rural areas is also disguised unemployed as three four individuals are sharing the job one person was supposed to do.

In an attempt to help the youth create jobs, the 10 billion birr (around $355 million at current exchange rate) revolving fund, Ethiopian government allocated a few years has also been misused, according to Prime Minister Abiy.

“The fund was not an award,“ he said, indicating that the fund was supposed to revolve creating jobs and reduce unemployment. Meanwhile only 1% of the fund is now at hand, according to the premier.

Launched following the mass illegal migration of Ethiopians through risky routes, the revolving fund was distributed to all regional states of Ethiopia to help the unemployed youth.

Prime Minister Abiy further stated that even though it is not possible for any country to make unemployment zero, involving the private sector and supporting startups will be among the priorities of his administration in the coming years.

In Ethiopia it is estimated that agriculture sector contributes to over 75% of the jobs directly or indirectly. Though it is estimated that the country has irrigation potential of 2.7 million hectares, reports show that it has only utilized a fraction of that figure. On the contrary, the country imports wheat spending hundreds of millions of dollars.

Prime Minister Abiy stressed that modernizing agriculture and focusing on irrigation is the solution to tackle unemployment and trade deficit.

As a result, the country has not been able to feed its growing umber of population estimated to double and reach 200 million in 30 years. It is still dependent on foreign food aid to feed several millions who can’t produce enough to feed themselves.

Likewise, reports also show that the east African country with abundant historic ad natural tourist attractions has not been able to fully utilize its tourism potentials as compared to the Gulf destinations such as, Dubai, which turned desert into global tourist destinations. 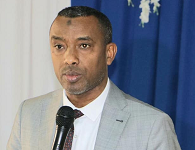