While 1 billion people have lifted themselves out of poverty over the past 20 years, rapid population growth in the poorest countries, particularly in Africa, puts future progress at risk. If current trends continue, the number of extremely poor people in the world could stop its two-decade decline—and could even rise.

Despite the sobering projections, Bill and Melinda Gates express optimism that today’s growing youth populations could help drive progress. Investing in the health and education of young people in Africa could unlock productivity and innovation, leading to a “third wave” of poverty reduction, which follows the first wave in China and the second in India.

“The conclusion is clear: To continue improving the human condition, our task now is to help create opportunities in Africa’s fastest-growing, poorest countries,” Bill and Melinda Gates write in the introduction. “This means investing in young people. Specifically, it means investing in their health and education.”

Goalkeepers: The Stories Behind the Data 2018 http://gatesfoundation.org/goalkeepers/report was co-authored and edited by Bill and Melinda Gates and produced in partnership with the Institute for Health Metrics and Evaluation (IHME) at the University of Washington. Using new data projections, the report reveals that poverty within Africa is concentrating in just a handful of countries, which are among the fastest-growing in the world. By 2050, more than 40 percent of the extremely poor people in the world will live in just two countries: Democratic Republic of the Congo and Nigeria.

In the past, large youth populations have helped drive economic growth and poverty reduction. The report makes the case for leaders to invest in the power and potential of youth to continue progress. Through essays by experts and journalists, the report examines promising approaches in health and education, highlighting ways that young people could help transform the continent. According to the report, investments in health and education, or “human capital,” in sub-Saharan Africa could increase GDP in the region by more than 90 percent by 2050.

Each year, the report tracks 18 data points from the UN Sustainable Development Goals, or Global Goals, including child and maternal deaths, stunting, access to contraceptives, HIV, malaria, extreme poverty, financial inclusion, and sanitation. IHME projections provide three potential scenarios for indicators: better and worse scenarios based upon accelerating or reducing the rate of progress, and projections based upon current trends. This year’s report examines four topics in greater depth:

Bill and Melinda Gates will produce the Goalkeepers Data Report every year through 2030, timing it to the annual gathering of world leaders in New York City for the UN General Assembly. The report is designed to highlight best practices and help hold the Gates Foundation, its partners, and leaders around the world accountable. It aims to document not just what is working, but where the world is falling short.

In conjunction with the report, Bill and Melinda Gates are once again co-hosting the Goalkeepers event in New York City during the UN General Assembly. On September 26, dynamic young leaders from government, business, technology, media, entertainment, and the nonprofit sector will discuss innovations and approaches to achieve the Global Goals. Participants include young leaders like David Sengeh, chief innovation officer for the government of Sierra Leone; Trisha Shetty, Indian lawyer, social activist, and founder of SheSays; King Kaka, Kenyan musician and activist; and Aranya Johar, Indian spoken word poet. Other speakers include Graça Machel, international advocate for women and children’s rights and co-founder of the Graça Machel Trust; Richard Curtis, writer, campaigner, and Project Everyone co-founder; and Stephen Fry, actor, writer, and presenter. Performers include British singer songwriter Ed Sheeran and the Brooklyn Youth Chorus. Additional speakers will be announced soon.

Co-hosted by Bill and Melinda Gates, the Goalkeepers Global Goals Awards will be presented on September 25, the evening before the Goalkeepers daytime event. In partnership with the Bill & Melinda Gates Foundation and UNICEF, the awards will celebrate outstanding youth-focused work around the world that is directly linked to the 17 Global Goals. The four award categories include the Progress Award, Changemaker Award, Campaign Award, and Global Goalkeeper Award. 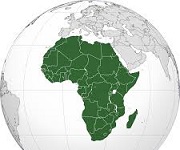 Half a billion Africans falling below extreme poverty line in 2021

Over 83% of Ethiopians suffer from multidimensional poverty