The African Development Bank (AfDB) has launched a flagship economic report on Zimbabwe, titled: “Building a new Zimbabwe: Targeted policies for growth and job creation” which aims to support renewal and transformation of the country.

The report is prepared by the Bank Group’s Economic Governance and Knowledge Management Vice-Presidency.

The launching was presented in a plenary meeting by the Bank’s Lead Economist, Ferdinand Bakoup, which was attended by the country’s Government officials, representatives of public and private sectors as well as other development partners based in the country.

Made of eleven easy-to-read chapters, the report results from a one-year extensive research work of country, sector and thematic studies to offer economic analyses and policy recommendations that can help spark Zimbabwe’s transformation.

Zimbabwe has enormous potential given its generous endowment of natural resources, an existing stock of public infrastructure, and comparatively well skilled human resources. However, realizing this will require prompt action to correct fiscal policies, re-stabilize the monetary system, and resolve arrears to international lenders that would allow for a resumption of development financing, accordig to the World Bank.

AfDB’s new report on Zimbabwe provides the current government, the donor community, and the private sector with a detailed assessment of investment opportunities in Zimbabwe. As an analytical work, it also provides with alternative scenarios for infrastructure investment to the year 2030 and identifies sectors for potential investment to achieve sustainable and inclusive growth.

While contributing to the overall efficiency of the development process, the report also proposes options to develop a variety of opportunities and, in so doing, helps fill a knowledge the gap on sectoral investment priorities.

Bakoup remarked that Zimbabwe is generously endowment with natural resources, a stock of public infrastructure, as well as a comparatively skilled labor force. For him, “this is an unprecedented asset for the country to join existing supply chains in Africa via the African Continental Free Trade Area.”

However, he said measures are needed to increase the productivity of public investment, strengthen investor confidence, attract patient capital and, develop special economic zones towards further improving the business climate, while continuing to safeguard macroeconomic stability” he underscored.

“I have no doubt that the report can contribute to the overall efficiency of the development
process in Zimbabwe. It will be useful in informing and supporting the government’s dialogue with donors and the business community about further development of economic sectors,” Bakoup further said.

The Government applauded the timely launch of the report that will aid the implementation of the Transitional Stabilization Programme and the preparation of the Medium Term Plan for 2021 – 2025.

The World Bank report shows that Zimbabwe had double-digit growth rates shortly after dollarization in 2009, but growth started to decline in 2012 as confidence started to diminish and the investment-to-gross domestic product (GDP) ratio declined sharply.

Besides, higher growth in 2017 of 3.4% (partly due to recovery in agriculture production), up from 0.6 in 2016, the economic growth trend is now some 2% below the average for Sub-Saharan Africa. It is projected to slow to 2.7% in 2018 partly due to liquidity shortages, according to the World Bank. 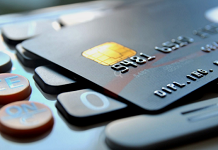