The Addis Ababa City Administration has drafted a law that will enable it to make free the streets of the capital free from beggars and prostitution.

The Administration has organized a discussion forum on the draft law today with the inhabitants of the city. The new law aims to make illegal begging, living on the streets of Addis Ababa and prostitution. Before the draft is approved discussions and consultations on the draft will be done involving different segments of the society, according to the information from the Addis Ababa Bureau of Labor and Social Affairs.

The report presented at the discussion forum on the draft law shows that the origin of 92 percent of those living on the streets of Addis Ababa is not from the capital city, but other parts of Ethiopia. Out of these some are reportedly engaged in begging and prostitution. 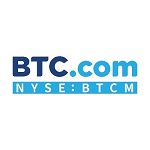