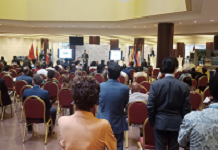 At the celebration event it is indicated that on April 23, the Day of Spanish language is commemorated throughout the world as it coincides with the anniversary of the death of Spanish writer Miguel de Carvantes Saavedra. Meanwhile this year due to different reasons, the day was not celebrated in Ethiopia on April 23rd.

“…And on this date, which brings us together today, shows our belonging to a linguistic community that extends beyond our national borders,” said Argentina’s Ambassador Gustavo Grippo.

“…It is our mother tongue that we share with more than five hundred and fifty million people around the world. It is the second most widely spoken language in the world after Chinese and is an official language in 21 countries, including multilateral arenas such as, the African Union and the UN,” he said.

During this morning event it is stated that Mexico is home to approximately 121 million native Spanish Speakers, which represent 96.8% percent of the total population of Mexico. In addition, there are 37 million Mexican origin people in the United Sates, according to Mexican Ambassador to Ethiopia Victor M. Trevino.

It is stated that currently in Africa, only Equatorial Guinea is using Spanish as its official language. “We are gathered here at the Economic Commission for Africa conference area to commemorate the Day of the Spanish Language, celebrated every year on April 23rd. The Day was first observed on 12 October, as “Dia de la Hispanidad”. The purpose of that celebration is to highlight the cultures and diversity of Spanish-speaking countries and to celebrate the discovery of the American continent,” said Oliver Chinganya of UNECA. 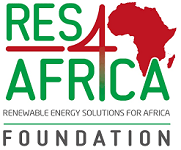 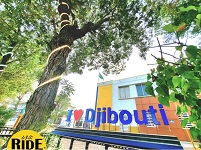