Including Turkish pistols, the customs officers in Bahir Dar, city of Amhara region of Ethiopia have seized 12,032 illegal bullets and guns this week.

Of the total seized bullets 9810 are bullets of Turkish pistol with two pistols, while 200 are Kalashnikov bullets, according to the statement obtained from the Ethiopian Ministry of Revenue, which is in charge of Ethiopian Customs Commission.

One suspect is arrested for trafficking of the illegal weapons, according to the statement, which urged the public to bring to light such illegal weapon traffickers.

In recent years reports of illegal arms trafficking has been common in Ethiopia, which recently led the government to introduce a new weapon’s circulation and handling law. 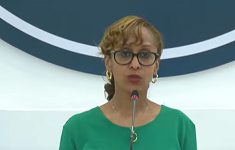