The customs police officers of Ethiopia this week captured 5,947 Kalashnikov bullets and 1,280 killograms of cannabis from people engaged in contraband trade.

The bullets were captured last night inside a vehicle traveling to Addis Ababa from the eastern part of Ethiopia, according to Mille customs office report. The report indicated that the bullets captured at Alberkete customs post. In the past one year, the police have been reporting the increase of weapons trafficking and contraband trade of other goods, including narcotic drugs in Ethiopia.

That has forced the government to draft a law that governs the ownership of guns by different segments of the society including the regional militia.

In a related development, Ethiopian customs officers have also captured 1,280 kilograms of Cannabis this week at Yabelo customs post bordering Kenya. The narcotic drug full of 37 sacks captured on a Sino truck whose driver has escaped, according to the customs report. The report further stated that in just one-week period, a total of 2,720 kilograms of Cannabis is confiscated at the Yabelo customs post.

It is not clear if the Cannabis was coming into Ethiopia or leaving the country. Meanwhile, previous reports show that people engaged in contraband trade smuggle out of Ethiopia cannabis and brings in other goods such as, electronics, using the money.

Reports also show that cannabis grows in some parts of Ethiopia especially, in the southern part though it is illegal to use Cannabis in Ethiopia. Possession of cannabis can result in up to 6 months of imprisonment, according to the law of the land.

Meanwhile, the use of Cannabis has been common among many youngsters especially, around clubs in major cities of Ethiopia including Addis Ababa. Recently, Ethiopian government has forbidden Africana Cannabis Holding, a joint venture company between Ethiopian and foreign investors from Canada, which requested to cultivate and process Cannabis for medial use in Amhara Region.

As of 2018, “medical marijuana”, such as cannabis grown and prescribed for some form of therapeutic treatment, had been legalized in 30 countries including, Israel, Switzerland, Turkey, Zimbabwe, and some states in United States.

Early this year the World Health Organization has recommended to the UN Secretary General that cannabis and cannabis resin be removed from Schedule IV of the 1961 Single Convention on Narcotic Drugs – a classification of drugs with “particularly dangerous properties”, including narcotics such as fentanyl, heroin and other opioids.

In January 2019 the WHO Committee on Drugs Dependence concluded that, it did not find indication that cannabis plant and cannabis resin were particularly liable to produce ill-effects similar to the effects of the other substances in Schedule IV of the 1961 Single Convention on Narcotic Drugs. It further stated that preparations of cannabis have shown therapeutic potential for treatment of pain and other medical conditions such as epilepsy and spasticity associated with multiple sclerosis. 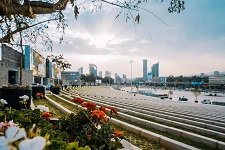