By Andualem Sisay Gessesse – Yamoussoukro, Cote D’Ivoire –
Multiple projects financed by the Korean government and implemented by Cote D’Ivoire government agency specialized in rural development – ANADER – are improving the lives of the people in the rural areas of the country over the past few years.

As journalists gathered prepare their microphones to interview her, “Diligence! Auto-Assistance! Cooperation!” shouted Zounon Sylvie. It is the motto all the beneficiaries of the Saemaul Undong Model Village project in Yamoussoukro use to encourage themselves, highlight the significance of self-help and working together with persistence.

She is a mother of four engaged in farming in Zatta Village, Yamoussoukro – some 250 kilometers from the capital Abidjan. “Thanks to this project and the loan I got, 70% of the profit has been helping me to take my children to school,” she said, speaking to reporters gathered from a dozen of African countries to visit similar projects.

She received $500 loan the Saemaul Undong through the African Development Bank (AfDB) and technical support to expand her vegetable farm, which now enabled her to partners with another young farmer with whom they are growing tomatoes by recruiting five young farmers. Currently they are engaged in irrigation farming of two and half hectares by pumping water from a nearby river.

“This project has made me courageous,” says Sylvie, whose first boy is now attending a university, speaking of the attitude change she went through after becoming one of the beneficiaries of the project.

Meanwhile as a result of difficulty in transporting their products to the market, Sylvie and her partner are losing up to 20% their harvest, which is equivalent to two tons of products, according to Kouadio Kan, the young farmer who later joint ventured Sylvie’s farming business.

Sylvie and Kan are among the 2,961 rural inhabitants in two villages. Currently a total of 160 hectares of land is covered by farmers like Sylvie who got loan from the project.

In addition to agriculture, the Saemaul Undong projects include construction infrastructures and leaving to community ownership as well as providing training in agriculture, among others.

“We don’t used to have the spirit of community and working together. Now we work as one in cooperatives. The projects have strengthened our friendship within the village,” says Kaouadio Amani Herve, Chairman of the committee the Saemaul Undong projects in Zatta.

The financing of Saemaul Undong projects, which also used for building primary schools and kindergarten in other districts of Cote D’Ivoire, came from the trust fund of the framework of the Korean-Africa Economic Cooperation (KOFEC) program.

The Saemaul Undong projects aim to enhance equitable distribution of income, agricultural production, and improve the environment and local infrastructure using a community-based and participative approach.
The other projects the reporters visited is the business venture of women engaged in cassava production, processing and marketing in Lolobo village.

The project aims in providing loans and setting up modern attieke (cassava) production plant to help the women have been doing it for ages through traditional production mechanism. It also attempts to use some of the waste products in the process for production of biogas, which will also be used for cooking the cassava.

They welcomed the visitors singing as they were working. There are a total some 300 women benefiting from this project.

Some of the results of the Saemaul Undong projects in the two villages include, increases in tomatoes and cassava production. The project has also built classrooms, which has been able to provide kindergarten education for 87 children thanks to the class rooms built by the project.

“The normal fee a parent pay for a child is 6,000 CFA (around $9). Most of the parents of the kids can afford to pay. But those who can’t afford are still required to pay at least 4,000 CFA (around $6). This is mainly because the money is required for maintenance and other teaching instruments,” says Ouattara Alimata, head teacher at the school built in Zatta village whose salary is covered by the government.

The project has also built three additional classrooms for the primary school in a nearby, which is now providing education for some 321 students free of charge.

“The major factor for the success of these projects is the fact that they selected their priorities and actively involved in the implementation, ownership and sustaining these projects,” says Dr. Miaman Kone, head of the Saemaul Undong projects in Cote D’Ivoire and Economist at ANADER.
In its assessment of the projects implemented in Cote D’Ivoire over the last three years, AfDB stated indicated that the completion of the projects are testimony to the sustainability of its approach, outputs and long term impacts.

“The most important lesson is that with consolidation, project beneficiaries are actively converting their smallholder farming activities into successful agribusinesses,” the Bank said.

“The key lesson learned is that the change of mentality of actors based on the Saemaul Undong philosophy of diligence, self-help and collaboration is permanently engraved in the villagers’ approach to improve the quality of their living standards,” it stated, stressing for the need for continuous training is necessary to ensure the maintenance of constructed facilities and infrastructure such as, buildings, road, irrigation dams.

Thanks to the mindset change, which makes them think and act like Koreans, today Sylvie and Kan plan to expand their farm size, diversify and mechanized it.

The $80 million fund secured in 2011 has been managed by the African Development Bank (AfDB). The first project was implemented in Ethiopia, which among others provided solar power for 300 households, in Turi Goda village, Bencho District in Oromia Region, some 75 kilometers South-West of Addis Ababa.

In addition some 1,075 households in the Democratic Republics of Congo in Kinseki II, Mbungu, Menga and Kinsendi villages have united to form one village – Kibueya through the Saemaul Undong project under the same motto – diligence, auto-Assistance and cooperation. 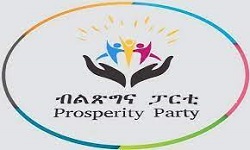 We’re not going to kill Prosperity with kindness!