The lack of development aid earmarked to help poorer countries build the infrastructure and skills they need to adapt to the digital economy raises profound questions that decision-makers from governments, businesses and civil society organizations will address next week at UNCTAD’s eCommerce Week.

The fifth edition of the global event will convene from 1 to 5 April at the Palais des Nations in Geneva, Switzerland, under the theme From Digitalization to Development. Over 1,000 participants from 120 countries are expected to attend more than 60 sessions – all open to the media. Soon-to-be-released numbers show that global e-commerce sales continue to surge ahead, yet just slightly more than 1% of all Aid for Trade development funding goes to ICT-related projects that could help developing countries prepare, raising the risk that businesses and people in these nations could miss out on the opportunities.

“The rapid pace of digital transformation is occurring while almost half the world’s population remains unconnected from the Internet. If left unaddressed, the yawning gap between under-connected and hyper-digitalized countries will widen, exacerbating current inequalities,” UNCTAD Secretary-General Mukhisa Kituyi said.

“Levels of digitalization will greatly influence the ability of countries to achieve the Sustainable Development Goals set for tackling challenges like hunger, disease, and climate change.”

Without a concerted development approach to e-commerce, the big players could easily dominate digital markets at the expense of smaller businesses, he has warned.

An important step in turning digital opportunities into development gains is to gauge how prepared countries are, and UNCTAD will start eCommerce Week by presenting the Rapid eTrade Readiness Assessments of Afghanistan and Bangladesh. To date, the organization has done 17 such diagnoses.

Another issue that features prominently on the agenda is consumer trust online, and new figures will be released on Monday from the Global Survey on Internet Security and Trust conducted by UNCTAD, the Centre for International Governance Innovation, the Internet Society and Ipsos.

Trade in the digital economy and the issue of regulating data privacy, competition in digital markets and taxing, will be discussed during Tuesday’s ministerial roundtable.

Alexander Mora, Costa Rica’s former trade and science and technology minister and now the chairman and CEO of Tecapro-EVICERTIA, will moderate the roundtable. Ministers from Bangladesh, Madagascar, Paraguay, Togo and Uganda are also confirmed.

With some 250 million fewer women online than men, the persistent digital gender divide is a big obstacle to extending the benefits of e-commerce to all. Key to closing the gap is changing the narrative of women in the digital economy, and UNCTAD will announce on Wednesday a new Dutch-funded eTrade for Women Network bringing together women digital changemakers.

The week will also mark Helena Leurent’s first public appearance as the new head of Consumers International, and her organization will hold an opening-day session on the current international negotiations on e-commerce and their implications for consumers.

Other session – many of which organized by eTrade for All partners and donors Australia, Germany and Korea – will look at blockchain technologies, trade logistics in the digital era, digital trade and industrialization, and the role of digitalization in the African Continental Free Trade Area, which is just one ratification away from creating a $2 trillion single market of 1.2 billion people.

eCommerce Week will also feature the third session of the Intergovernmental Group of Experts on E-commerce and the Digital Economy, where governments will convene to agree on a political outcome related to the role and value of data for inclusive development. 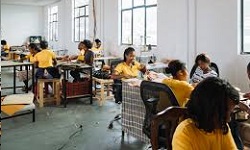 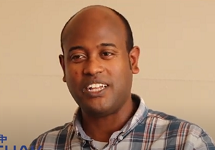