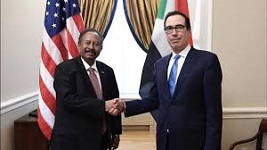 PRESS RELEASE – The United States is providing $356.2 million to support the democratic transition in the Republic of Sudan following a peaceful revolution in 2019.

The Acting Administrator of the U.S. Agency for International Development (USAID), John Barsa, announced this commitment today at the Sudan Partnership Conference, a virtual event co-hosted by the European Union, the Federal Republic of Germany, the Transitional Government of Sudan, and the United Nations.

The U.S. commitment includes $20 million, subject to Congressional notification, for the Sudan Family-Support Program, a safety net administered by the World Food Programme to help a large part of the Sudanese population through a difficult period of economic reform needed to end unsustainable state subsidies on wheat and oil. It also includes funds to help Sudan respond to the pandemic of COVID-19.

The U.S. Government has long been a leading donor to support the welfare of the people of Sudan. Today’s announcement represents a nearly tenfold increase in U.S. Government development assistance compared to 2019, which reflects cautious optimism regarding Sudan’s democratic transition. The funds will strengthen local and national institutions; address drivers of conflict; expand civic engagement, particularly among youth, women, religious minorities, and other marginalized communities; and assist with the planning and eventual conduct of credible, inclusive, and peaceful elections.

The transition to a civilian-led, transparent, and accountable democracy remains fraught with challenges. The United States continues to stand by the Sudanese people and civilian government in their pursuit of a just, peaceful, and democratic transition. The United States calls on all others to support the people of Sudan as they make progress toward that goal.

As the world’s largest donor of humanitarian assistance, USAID is also maintaining its robust aid for the most vulnerable people in Sudan.

It is recalled that the United States and Sudan has cut diplomatic relations in 1967 during the Arab-Israel war. Relations improved after July 1971, when the Sudanese Communist Party attempted to overthrow President Nimeiri, and Nimeiri suspected Soviet involvement. U.S. assistance for resettlement of refugees following the 1972 peace settlement with the south added further improved relations, according to the information from the website of the U.S Embassy in Sudan.

How sophisticated are 21st century weapons 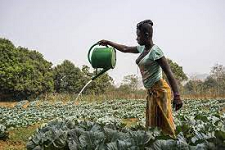