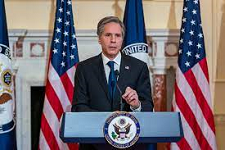 The United States Government has announced additional visa restrictions on the officials of the Government of Somalia for delayed parliamentary election.

“Following the government of Somalia’s failure to meet another self-established deadline of March 15 for the completion of its parliamentary electoral process, the United States is expanding the number of Somali individuals subject to visa restrictions,” the U.S. State Department said.

“I am taking this action pursuant to a policy I announced on February 8, under Section 212(a)(3)(C) of the Immigration and Nationality Act, to restrict the issuance of visas for those believed to be responsible for, or complicit in, undermining the democratic process in Somalia,” said Antony J. Blinken, Secretary of State.

“While encouraging progress has been made over the past few weeks, there are still more than three dozen unfilled parliamentary seats. There are continued credible reports of procedural irregularities. Journalists and opposition party members working to support democratic institutions and transparent processes have been targeted with harassment, intimidation, arrest, and violence,” he said.

“We will continue to evaluate additional designations under this policy and other tools at our disposal to promote accountability and support the rapid conclusion of Somalia’s electoral process in a credible and transparent manner. The United States strongly supports the Somali people and remains committed to working to advance democracy and mutual prosperity.”

The United States strongly supports the Somali people and their commitment to democracy. I am expanding the number of Somali individuals subject to visa restrictions for undermining Somalia’s democratic process.

U.S. calls on Ethiopia to end fighting, engage in dialogue 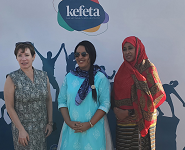 US launches $60 million investment to lift up Ethiopia’s youth