The Chairperson of the Commission of the African Union, Moussa Faki Mahamat and chief of the Intergovernmental Authority on Development (IGAD) strongly condemned “the cowardly attack” that that took place during a rally in Addis Ababa in support of Prime Minister Abiy Ahmed’s reform agenda and efforts.

Stating that the attack cannot be justified under any circumstances, The Chairperson of the Commission expresses the African Union’s full solidarity with the Ethiopian people and Government, as well as with the victims of this criminal act.

He reiterates the African Union’s support to the efforts of Prime Minister Abiy Ahmed and his Government to further unity, reconciliation, development and democracy in Ethiopia. A strong and stable Ethiopia is a tremendous asset for the region and Africa as a whole.

In a related development, the Executive Secretary of the Intergovernmental Authority on Development (IGAD), Amb (Eng) Mahboub Maalim, condemned strongly the attack of Satuirday in Addis Ababa on a peaceful rally in support of the new Prime Minister’s reform efforts.

The Authority conveyed his heartfelt condolences to the Prime Minister of the Democratic Federal Republic of Ethiopia, Dr Abiy Ahmed. “It is indeed very shocking to learn that innocent civilians expressing their political support to their leaders in a peaceful manner and as guaranteed by their Constitution, have been targeted by a grenade attack”, he said.

“I convey my heartfelt condolences to the Prime Minister of Ethiopia, the families of the victims of the attack and the people of Ethiopia”, the message continued.

IGAD Executive Secretary described the attack as “a very despicable act that will not derail the commendable reforms process engaged by the Ethiopian leadership”.

“I am convinced that the perpetrators will be brought to justice, and that peace and unity will prevail”, the message further said.

He wished swift recovery to the wounded and called on Ethiopia, its leadership and its people to remain a model of unity, democracy, and development for the region and the continent. 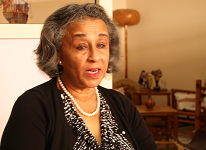