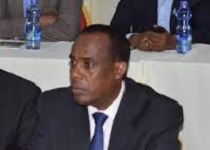 Kene’a Yadeta (PhD) is appointed as Defense Minister of Ethiopia replacing the Lemma Megersa, who was recently sacked from the Central Committee of Prosperity Party. The PM has also replaced Adanech Abebe, who was the Attorney General of Ethiopia, by Gedion Timotewos (PhD).

Before her appointment as Attorney General about six months ago Adanech has served as Minister of Revenue of Ethiopia where she managed to boost the annual revenue of the country by about a billion-dollar compared to the previous year. She is now appointed as the first Mayor of Addis Ababa replacing Takele Uma.