With the objective of financing the peacekeeping operations in Africa by Africa countries, 50 Africa Union (AU) member states have contributed $89 million.

“This demonstrates the force of our collective resolve ad ability. We will continue to work with the United Nations, towards a sustainable mechanism for funding African-led peace support operations,” he said.

Currently most of the peacekeeping operations in Africa are being financed by the international community outside the continent.

At the moment the ongoing peacekeeping operations in Africa require over a billion dollar including the AU-led mission in Somalia (AMISOM), which needs around $900 million per year.

The major financiers of peacekeeping in Africa includes wealth nations such as the European Union, the United States, the United Kingdom and Italy, among others. Also Julius Nyerere Building dedicated for AU peace ad security department in the African Union compound built by the financial support from the Government of Germany

Reports suggest that show that such dependence on external funding has crippled the AU because it can’t independently decide when to deploy a peace support operation. 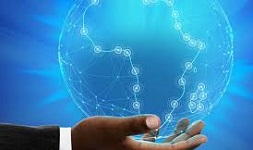