Melakou Tegegn, Kampala– The Janjaweed is a militia force set up by Bashir in the late 1990s to terrorize the population of Southern Sudan from supporting the SPLA. They committed untold crimes against the civilian population ostensibly for harbouring the forces of SPLA, a liberation movement at the time.

It was well known in Khartoum at the time that among other crimes that the Janjawit committed include kidnapping women and children from the villages of South Sudan, bring them to Khartoum and Omdurman and sell them at a price of $100 for the women and $50 for the children. Hassan El Bashir’s Janjaweed sold human beings as slaves in the 21st century and Bashir’s Sudan is a member of the UN, AU and the Arab League.

Sudan has special ties with Saudi Arabia and the Saudis always have a say even in the internal affairs of Sudan. At the beginning of the 1980s, a leader of a Muslim religious sect by the name Mahmud Taha opted for reforming Islam and political reforms than the military rule of Jafar El Nimiery.

He had a large following particularly among the youth. The Saudis were more worried about the rhetoric to reform Islam though they were also uncomfortable as regards Taha’s agitation for political reforms. In the eyes of the Saudis Taha was more dangerous than the Seitan himself that they pushed for his physical elimination.

Nimiery’s satanic public prosecutor, a certain Mushkeshfa, brought charges of sedition against Taha upon which Nimiery’s kangaroo court passed a death sentence. Taha was quickly hanged and a clamp down was ordered against his followers.

Where does Sudan stand in the new alignment of forces in the Middle East and Gulf?
Sudan’s elite identifies itself more with the Arab World than Africa. It is largely believed that an ordinary person Sudan thinks that he/she is an Arab than black African. Sudan has a long standing relationship particularly with Saudi Arabia. Bashir kept his loyalty to the Saudis in his foreign policy.

He even contributed troops in the Saudis’ madness in Yemen. Somehow, the alliance equation in the Middle East and Gulf changed when the Saudis stopped seeing Iran eye to eye.

With the arrival of Trump in the White House, the Israelis who had been really worried by the non-belligerent policy of Barrack Obama as opposed to the heretofore US unquestioned commitment to supporting Israel, seemed to hit the iron when it is still hot when they, in unison with Trump, crafted a new alliance for forces in the Middle East and Gulf which in the main aimed at weakening or obliterating Iran.

The obedient Trump pulled out of the Iran Nuclear Deal and declared his belligerence towards Iran. The Saudis on their part formed a new alliance with the United Emirates and Egypt and declared war on the Houtis in Yemen. This new alignment has reached a tacit understanding with Israel that Iran is a dangerous enemy for the region.

Now what has this regional context got to do with the crisis in Sudan?
In the wake of the 1974 people’s revolution in Ethiopia, the ‘Provisional’ Military Council stepped in to prevent the formation of a republic as demanded by the people and set up its own military dictatorship and the ‘provisional’ Military Council last for 17 years. Sudan’s third revolution (the earlier two being the ones in 1964 and 1985) began by its heroic people who sacrificed in the face of Beshir’s bullets.

When it is no longer possible to sustain Beshir’s regime, the Janjaweed disguised as a military council ‘removed’ Beshir from power and promised a transition towards a civilian government. That was exactly what the military council in Ethiopia did in 1974. However, very much like what it was in Ethiopia, the people did not believe the military and continued with their struggle for a republic.

That led to a bloody confrontation upon which the infamous ‘red terror’ was launched by the military that cost the lives of tens of thousands of young militants. What we witnessed last week in Khartoum is a similar scenario.

But, the development in Sudan was different in one way: the military declared its allegiance with the revolution with the people until the head of the junta visited Egypt, Saudi Arabia and the Emirates, the trio who are bogged down in the war they fanned in Yemen.

But, why this about-turn by the military council?
It was blatantly clear that this happened after the visit to the trio. Undoubtedly, cash and promise have been stashed in the junta’s pockets by the trio with clear instruction to crush the revolution which is considered as setting bad precedence in the region.

Curiously enough one personality among the junta played a crucial role in socking the streets of Khartoum with blood: the leader of what euphemistically renamed as the Rapid Support Forces, Mohammed Hamdan Dagolo. Dagolo has previously led the Janjaweed that committed untold crimes in first in South Sudan and later in Darfur and is the most loyal to the Saudis and Egypt.

This is one monster well known for his past atrocities that is now head of the Rapid Support Forces. Before the crack down on protesters, it was Dagalo who gave the warning that the clam down would start. Apparently, it was his troops that committed the massacre on the eve of Eid al Fetir. With that communication broke down with the representatives of the protesters and the military vowed to continue with the clamp down.

Now, Ethiopia’s premier, Abiy Ahmed, well reputed for his peace overtures towards Eritrea and as a peace-maker in the region, intervened to broker between the junta and protesters. But, is the junta serious when they welcome Abiy? Then why did they arrest one of the protest leaders after he had a talk with Abiy? We are forced to ask if the Janjaweed know what brokering peace involves. Or is this its own way of ‘confidence building measure’?

Undoubtedly, Sudan social, economic and political problems are beyond the junta’s capacity to handle. That indeed will compel them to disguise their lack of capability with the use of force and will still continue implementing the instructions by the trio.

Sisi used massive force to quell the Egyptian revolution but did not bring peace at all and Egypt’s economy is performing badly. Undoubtedly, the performance of Sudan’s junta will perhaps be much worse than Sisi’s. Indeed, Sudan’s future is gloomy unless a speedy shift toward democracy and freedom is made.

Will Abiy Ahmed ever convince the junta to move away from the diktats of the trio and commit themselves to freedom and democracy? The Sudanese revolution will nevertheless continue as the people have no option than fighting for democracy. “They have nothing to lose but their chains” as the famous saying goes. 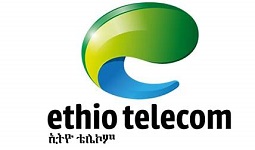