By Andualem Sisay Gessesse – In my view one of the main reasons why Addis Ababa is overcrowded at the moment by the people flooding into the city from all corners of Ethiopia is lack of jobs and opportunities, which is breading instability and conflict. While the number of people graduated or dropouts is increasing all over the country, the livelihoods and businesses of most people, especially in rural areas remain the same.

If one visits today a certain rural town, she or he visited 30 years ago, livelihoods of the people in Ethiopia’s small towns and cities are more or less the same. They do the same kind of farming related businesses, there are still same traditional local alcohol – Areke selling women, Tej bet, shoe shine boys, open Saturday, Wednesday markets, small bars with prostitutes coming from other part of the country, etc.

Of course, now after universities expanded in many parts of the country you may find something new, Tchat (the stimulant leaf) chewing places with Shisha smoking services, as well as some cafes. Yes, over the past few decades health posts are also expanded in many towns with road networks and electricity and water to some extent, which are basic to move to the next phase of transforming those towns and cities to center of sustainable – decent jobs and living conditions. This is the focus of my article.

Addis Ababa for some of these youth is a transition, where they may spend a few months or even years before starting such a dangerous migration. While for tens of thousands Addis Ababa by itself is their final destination, they want to settle in the capital finding any job or embarking on their own small business.

From a woman begging on the streets of Addis carrying a child and the other one that sells tea and coffee carrying a basket, to the boy with shoe shine box and thousands sleeping on the street side, many of them come to the city escaping from those futureless and hopeless towns and cities.
If I don’t have hope in my town, city or even a country, why would I live there.

Those towns and cities out of Addis except a few mainly the capitals of regional states and towns close to commercial crops growing, there are no new jobs as such that are sustainable and life changing that make these youth live a stable life. If they don’t have hope there is nothings that can stop them from migrating to Addis Ababa or out of Ethiopia taking all the risks
…I think it is better to take risk with hope than to live without hope…

Of course, there are some efforts by local city and town administrations to organize the unemployed youth in small and micro enterprises in different sectors from trading to several businesses such as, woodwork, metalwork, agribusiness, etc…But only a fraction of these small and micro enterprises succeeds. While the majority of these business die or stuck at some point or just consume all their profits…No growth at all…

Take for instance the recent billions of birr revolving fund spend on these unemployed youth…How many of these succeeded and returned the loan…Only a fraction of them. The majority is abused. This is because in the first place there was no visionary leadership and clear roadmap, no preparation by the government and regional towns and cities about what to do with the money. In fact, it was politicized like any other SMEs loan allocation.

Most of the youths close to the ruling party and affiliates with no passion for work or willing to develop any skill and change their lives took most of the money. Those in the government lower level structures such as kebeles, weredas and zones are the one who select how much of the revolving money one gets and who that person should be.

What Am I saying here is that because the mayors of these emerging towns and cities do not have any roadmap on what those towns look like after 5, 10 20 or 30 years or even don’t have the clue about the potentials of their towns or don’t even care, such allocations of billions to unemployed youth in Ethiopia wont bring decent life changing jobs.

Visionary mayors with professionals advisory committee
Many people think that creating opportunities in these towns and cities of Ethiopia requires huge amount of financial investment, which the government can’t afford. because their mind starts thinking from money perspective, all mayors of these towns and cities think and act within the budget the federal government allocated to them.

Meanwhile the reality is that transforming these towns and cities into opportunity hub requires only visionary mayors with the autonomy to establish an advisory committee of professionals from multiple disciplines.

I know such innovative approaches needs some kind of flexibility on how the ruling party and its affiliates in charge of the four peripheral regions – Somali, Afar, Benishangul Gumz and Gambella – behave and operate. That I believe could be one reason why mayors of Ethiopian towns and cities do not have a long-term vision for their towns or the people living in those cities and towns.

At the moment with a mayor centrally appointed by a party and who doesn’t even know if she or he will be on that chair for a year, it will be difficult for that mayor to craft a long-term vision for a town or a city. She or he even can’t be sure if proposing such a visionary proposal to the bosses at central level may lead to losing her or his job let alone to get the permission of forming an advisory committee of professionals.

But I believe still under the current centralized system of the ruling coalition and its affiliate parties in charge of the peripheral regions top down business model, it is possible to appoint visionary and knowledgeable mayors, who are confident enough to define and list out what they can deliver in five years under the bigger 30 or 50 years vision or roadmap of their towns. they can draft such long-term vision and strategy for their towns involving professionals from multiple disciplines.

They can convince their bosses to get the freedom of establishing an advisory committee of professionals from multiple disciplines who can come up with 30 or 50 years of master plan for their cities and towns with feasible projects that can create decent sustainable jobs to the inhabitants and turns the towns into centers of opportunities from centers of hopelessness.

What am I saying here? It is not money that creates a vibrant city or town with immense opportunities for its inhabitants. Period! Such cities and towns are conceived and born within the minds of professionals led by visionary mayors. The issue of money and financing mechanisms also comes from the minds of these people. Think of the wealthiest companies of the world such as Google, Microsoft, facebook, Amazon, yahoo and other internet-based businesses, which were not there two decades ago. They came out of the minds of individuals who converted challenges into opportunities.

All required from the visionary leader is to form the committee of professionals and tell them to an develop integrated city roadmap for 50 years by assembling plans of professionals in different discipline… A visionary mayor can tell the civil engineers, city planners etc. to come up with innovative idea about what kind of infrastructures, drainage and sanitation systems, etc the town needs with the priorities and explanations, etc…

Such visionary mayor can tell the business developers, what kind of resources she or he see in the town and how could that be translated into thousands of decent sustainable jobs for the inhabitants and attracts local and foreign visitors, what project financing models are available such as seed money from city budget and share to the public, local bank financing or investment and or international financing etc…

She or he can also tell professionals X and Y… to come up with similar detailed feasible plans and strategies on their specialization areas …Then bring all the experts together to produce grand masterplan of that city with detailed monthly, annually activities and targets as well as benefits.

Finally, the marketing professionals will craft their own marketing strategy of these projects and convert into actual projects involving the private sector both corporates and individuals, farmers cooperatives with the town or the city administration having small stake like the Legehar Project awarded to Abu Dhabi investors recently.

Just give these professionals and experts pencils and piece of papers to innovate their future vibrant towns and cities of Ethiopia with immense opportunities.

I am not a business strategist or city planner, but one possible suggestion I have for a town near soda ash deposit can be establishing a mega public financed basic consumer product such as soap and detergents manufacturing factories. The same is true for agro-processing, polishing and converting minerals such as gemstones into jewelries or developing tourist attractions using existing potentials…

Through SMEs loan, revolving funds but not politically or ethnically based- or microfinance, each employee of such mega projects or businesses can also have a share within the companies, which is critical for the sustainability of the business and creating wealth with decent jobs, unlike the much talked about industrial parks Hawassa Industrial Park, which converted our sisters into slaves.

Politicizing – favoring ruling party supporter or targeting certain ethnic groups like we have seen in establishment of banks, etc won’t assure sustainability of these mega projects and businesses. Such exclusion approach will soon or later make the businesses susceptible to boycotting or even attack by the other ethnic group or groups with different political view whenever there is crisis like we witnessed for the past few years in Ethiopia.

Such mega town-centered projects should treat all inhabitants equally. If well implemented these mega projects can serve as unifying Ethiopians projects for the regime of the reformist PM Abiy who is struggle to unify the ethnically and politically divided nation.

You don’t kill or displace your neighbor, who is your business partner, unless you want your business to bankrupt. I think money bonds people well than blood at least in Ethiopia at this very moment. That is why people with the same blood or ethnic group will deliver a contrabandist to the police to get cash reward from the government – I think it is between 20 or 30 percent of the total value of the captured smuggled item.

I am sure production of the consumer products I mentioned above or related products do not need highly-skilled professionals. An hour youtube video can make any high school student soap and detergent manufacturer or how to cut precious stones and produce jewelries.

If the government put in place proper mechanism to protect local industries and help such companies to be competitive in local market, a town in Ethiopia can be a major soap and detergents supplier for Ethiopia’s 100 million plus population in a few years’ time. Then such consumer products with made in Ethiopia label, can also be major suppliers to African market when the African Free Trade Area goes fully operational in a few years’ time.

That is also how we address the current clashes and conflicts on material resources such as land. I believe one of the qualities of a visionary leader or mayor is to show the people that what is inside their mind is far more worthy and unlimited compared to any physical wealth people are now killing each other over be it oil, diamond or gold, which is limited.

But with business as usual and if the current migration continues, Addis Ababa, which is by now is home for over six million people in my opinion, will in a few decades become like the old capitals of Nigeria and India forcing Ethiopia to change its capital city.

Have a blessed weekend! 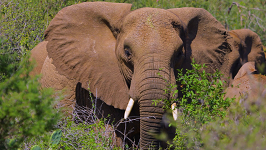 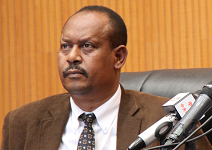