After taking office three months ago, the new Prime Minister of Ethiopia Dr. Abiy Ahmed has repeatedly stated that his administration is investigating and working to repatriate the wealth of the nation stolen by the corrupt officials and their affiliates. The following case-studies on the repatriation of Illicit Financial Flows (IFFs) gives good practical examples for the new Ethiopian administration on how to repatriate the billions of dollars stolen wealth of the nation and stashed in foreign banks.
The examples of Nigeria, Tunisia and Malaysia show the role financial institutions play by blatantly accepting suspicious funds.

Banks and law professionals profit from these protracted and complex processes to make huge profits at the expense of the money needed for development and the enjoyment of all human rights in the affected countries.

A. Nigeria
– This is one of the exceptional cases in which a looted state managed within a reasonable period of time to successfully repatriate much of the IFFs transferred outside its shores. As it is well known, the former dictator Sani Abacha and his entourage managed to misappropriate over 2 USD billion of state funds . Money was systematically diverted from the Central Bank to banks in the UK, Jersey, Switzerland, Luxembourg, Liechtenstein, Austria and the US. Only in Switzerland, the Abacha’s clan had a total of 130 bank accounts.

– In 2000, investigations opened by the Swiss authorities resulted in a report incriminating 14 banks for lack of compliance with its due diligence duties under anti-money laundering legislation. The report however strikingly concluded that the “existing regulatory framework was in principle sufficient and even extensive if internationally compared” and that the Swiss financial center had “appropriate rules designed to avoid undesirable funds”.

– In 2004, thanks to the action of the Swiss General Attorney of Geneva Bernard Bertossa, the greater part of the assets frozen were repatriated to Nigeria. Switzerland responded favourably to Nigeria’s request for mutual legal cooperation. In addition, criminal investigations on money laundering were opened pursuing article 305 ff. of the Swiss Criminal Code. By considering that the structure set up by Abacha and his accomplices constituted a “criminal organization” the Swiss courts endorsed that the illicit origin of the assets may be presumed under certain circumstances .

– In 2016, Nigeria tried to recover another USD 321 million that were confiscated in Switzerland. However, after an extra-judicial agreement reached between the government of Nigeria and the family of the former dictator, Switzerland agreed to return part of the funds to the government while simultaneously dropping criminal proceedings against Abba Abacha, the son of the deceased dictator, who waived all further claims he had to the assets.

B. Tunisia
– For more than 20 years, the former dictator of Tunisia diverted public funds and public properties for their own benefit. According the World Bank, more than 21% of the profits generated by Tunisia’s private sector were controlled by the clan . Ben Ali and his accomplices used public institutions as tools to favour their private business and manipulated the law to serve its personal interest and to punish those who opposed to them.

– In 2011, mutual legal assistance (MLA) proceedings to clarify the origin of the 61.75 million USD blocked in Switzerland were immediately undertaken. The Swiss Financial Market Supervisory Authority (FINMA) also announced sanctions and stated that the identity of the banks involved in the looted of Tunisian public treasure would be made public.

The list was never released, nor information on any eventual sanction imposed to any of the banks suspected of accepting and hiding the money of Ben Ali and Mubarak’s clans were released. In 2013, the FINMA concluded that only in 4 of the 22 cases examined it was necessary to initiate a binding “administrative” procedure to get information on the role played by the banks in “grave wrongdoings”.

– In March 2015, Tunisia filed a civil action claiming to HSBC 114 million CHF plus interest for having accepted the fortune of Ben Ali’s brother in law. The funds of illicit origin would have transited through HSBC accounts in the period where the corruption was particularly notorious in Tunis. Reportedly, the own banks compliance body had signalled this fact to the managers.

– After six years of proceedings only a quite pyrrhic sum (USD 250.000) has been repatriated . An early order to return to Tunisia 40 USD million whose criminal origin had been sufficiently established was however overturned on appeal by a court which found a violation of the accused right to be heard.

– The repatriation of the funds will be possible once final and enforceable judgments confirming the illicit origin of the frozen assets have been issued or concluded in Tunisia. The Tunisian Government has to prove the acts of embezzlement and corruption committed by Ben Ali and his accomplices. But freezing orders have a limited duration, legal procedures are too slow and crimes that are at the origin of the request of repatriation are subject to statute of limitations.

C. Malaysia
– This case refers to the alleged misappropriation of USD 4 billion from a state-owned Malaysian investment fund set up in 2009 to promote economic and social development projects. Dozens of interconnected people, companies and governments have been identified to have a connection with the fund, which mainly operates from the Caiman Islands. Malaysia has rejected the Swiss request for legal assistance claiming that criminal investigations are being conducted by its own authorities .

The FINMA withdrawn the banking licence to all of them for flagrant violations of anti-money laundering obligation and has confiscated the illicitly gained profits to Falcon (2.5 million CHF) and Coutts &Co (6.5 million CHF). Only in the case of Coutts were criminal proceedings also opened for the suspected deficiencies in the bank’s internal organisation and reportedly the FINMA is considering opening enforcement proceedings against the responsible employees.

SOURCE: Human Rights Council, Thirty- sixth session 11-29 September 2017 – Research-based study on the impact of flow of funds of illicit origin and the non-repatriation thereof to the countries of origin on the enjoyment of human rights, including economic, social and cultural rights – Progress report of Human Rights Council Advisory committee – Obiora Okafor and Jean Ziegler (Rapporteurs)

EDITOR”S NOTE: Out of the total of close to 26 billion dollars left Ethiopia as illicit financial flows in ten years (2004-2013), about $19.7 billion is left the country through trade misinvoicing, mainly by importers, according to Global Financial Intelligence report released in 2015.

Because of the political uncertainty, increased corruption and the fatal mix of business with politics in Ethiopia over the past several  years, the amount of money leaving the country illegally is estimated to skyrocket. 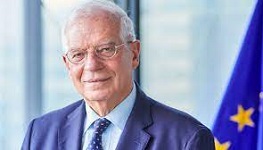