By Tesfu Telahoun Abebe – I concluded Part 1 by stating that I believe the PM has been irretrievably losing considerable political capital, since at least the second half of his stay in office, so far. I continue today by declaring that I fear that he will never be as wildly popular as he had first been nor are we Ethiopians likely to ever again be fortunate, even for a brief time, to embrace a leader/ruler with such fervent love and wholehearted support.

I would express these three emotive responses-disappointment, sympathy and perceived betrayal, as follows. Disappointed that, after a short, fleeting ‘too good to be true’ period of boundless optimism, so many things have soured so terribly and so tragically in Ethiopia. Disappointed for my compatriots whose determination that exile and illegal immigration are the answer has been reaffirmed by the alarming turn of events over the last 16 months or so.

Disappointed that so many politically passive but intensely socially engaged people like myself have had to eat our words in front of the scoffing ‘I told you so’ segment of society. Disappointed that many professionals, budding talents, creative youth and many others who had welcomed the emergence of the charismatic Abiy and the ‘new EPRDF’ as guarantors of a brighter future have had dreams shattered.
At the same time I do feel sorry for Abiy.

Ever the optimist I still feel he is as committed to the One Ethiopia cause despite glaring obstruction and devious acts by forces close to home. Powerful forces are working in the open and in the shadows to shatter this now brittle nation. The PM is the juggler at the center point of this vortex and try as he might, has too many balls up in the air at the same time.

The sense of having been betrayed is still something of an open question. It might also be a situation in which he over-promised too many things when he apparently did not possess sufficient authority to deliver and we the people over-expected too much from man who cannot deliver.

Previously I made an unscientific assumption that the TPLF would be responsible for at least 50% of Abiy’s (and Ethiopia’s) present predicament. The rest of the blame must surely lie with those ethnic movements, fronts and individuals who have either stabbed the PM in the back and/or have been given tacit leeway by certain embedded elements to commit grievous and shameful acts targeting mainly non-Oromo people.

Fueling this man made calamity is the line that Oromo are an oppressed people under the yoke of tyranny and conquest. This is a royal fallacy. The Oromo have never been singled out for particular discrimination. In fact, even a cursory reading of Ethiopian history will reveal that Oromo rather routinely participated and held authority at the highest levels of state and the military.

We have had emperor s, Kings and queens, princes and princesses, renowned generals, writers, warriors, singers and more who were/are Oromo, born to an Oromo parent or related to the Oromo by marriage, etc.
As for injustice and oppression these are the lot of all of Ethiopia’s people.

I must remind this to the distant foreign observers who had long ago been sold on the claim by radical Oromo separatists that the Oromo have been down trodden and disenfranchised. We hear this narrative on international news channels as a sort of ‘background’ to any given story about unrest in Oromo areas.
I urge all to desist from such commentary as it has been and continues to be used by radicals to break up the nation.

There is no such thing as an Oromo problem or an Addis Ababa problem. The PM would do well to refocus his own party’s political views in the pan-Ethiopian perspective. By doing so, he may stand a chance to emerge as a true leader who has been tested and found worthy.

On the other hand if Abiy continues to demonstrate that his government is in effective control of the country, then he will surely fail. God help us then.
YOU MAY READ THE FIRST PART HERE

Why Egypt monopolized the Nile River 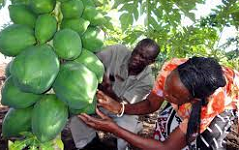