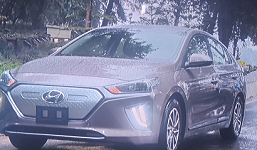 The new electric automobile assembled in Ethiopia is the brand of South Korea’s Hyundai and can be charged at home like a cellphone. It can travel 304 kilometres after fully charged at home. In addition, a 50 kilowatts portable charger can also charge the car fully in 30 minutes. When the production of the car increases, Marathon Motors also aims to install charging stations across the country like gas stations.

The new electric car is said will save Ethiopia’s scares hard currency spending to import fuel. This is indicated this afternoon when Athlete Haile has presented the new electric car to Prime Minister Abiy Ahmed. After receiving the present from Athlete Haile, Prime Minister Abiy stated that the technology is critical in cutting carbon emission and reducing the money the country spends for buying fuel.

Athlete Haile, whose two resort hotels are burned a few weeks ago by a mob, indicated that he won’t give up investing in his country. He said he is going to inaugurate a bigger hotel resort on August 1st in Adama city of Oromia Region of Ethiopia, which is some 85 kilometres from the capital, Addis Ababa. Marathon Motors, the company owned by Athlete Haile has been working as a sole agent for Hyundai of South Korea for several years.

In Ethiopia currently about half of the population of the country around 50 millions don’t most of them in rural areas have access to electricity. major cities including the capital, Addis Ababa are have also been experiencing power outage frequently. At the moment level Ethiopia produces around 4,200 megawatts of electricity. When the highly anticipated mega hydro-dam of the country Great Ethiopian Reconnaissance Dam (GERD) goes fully operational, it is expected at least to double the current electric power of Ethiopia after a few years.