Dr. Arega has been running MIDROC Technology Group of Sheikh Al Amoudi, the biggest investment in Ethiopia owning over two dozens of companies in Ethiopia, for the past two decades. In his letter addressed to Dr. Arega in Amharic language, Sheikh Al Amoudi, the Chairman of MIDROC, has indicated that he has appointed Mr. Getachew Hagos as interim CEO of MIDROC Technology Group.

Meanwhile, Dr. Arega is allowed to continue serving as CEO of Unity University one of the businesses of the MIDROC Technology Group. The reasons Al Amoudi fired Dr. Arega includes that he has served the MIDROC Technology Group for long period and needs to retirement, according to the letter. The letter also stated that Dr. Arega has told Sheikh Al Amoudi that he is he is afraid of running the business as usual.

But the letter didn’t mention who Dr. Arega is afraid of. The letter also stated that there were differences between Sheikh Al Amoudi and Dr. Arega on major issues. The newly appointed Mr. Getachew Hagos has been working in the company, according to Mekonnen Teshome, MIDROC Ethiopia PLC, Communication and Public Relations Department head, who shared the appointment of new CEO for MIDROC Technology Group to the media this morning.

It is recalled that most of the MIDROC Ethiopia companies, mainly MIDROC Gold, were not active and fully operational for the past few years, following the political turmoil in Ethiopia, which brought the reformist Prime Minister Abiy Ahmed into the scene. Al Amoudi, who was in Saudi jail by the King of Saudi has also not been able to return through it was reported that he was released several months ago. 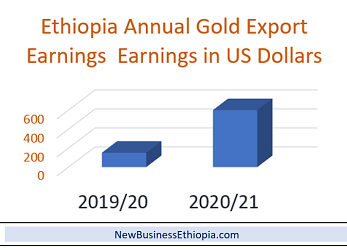