A corner stone for the modern edible oil factory was laid today in Addis Ababa, around Summit area adjacent to Pepsi Cola factory. Resting on 50,000 square meters, the processing plant will have a capacity of processing 500 metric tone of oilseeds 600,000 liters of edible oil a day and is expected to save 25% of the nation’s foreign currency expenditure.

It is indicated that the Investment is made in support of the recently launched home-grown economic reform of Ethiopia.

The $126.2 million oil processing factory to be built by Sheikh Mohammed under one of MIDROC’s sister companies, Horizon Plantations PLC, envisages playing a key role in import substitution.

Though Ethiopia has a huge potential of producing of oilseeds and cooking oil, the majority of its people depend on imported palm oil purchased with government subsidy.

The country spends about 600 million USD annually to purchase edible oil every year from abroad and this amounts 1/5 of the county’s foreign trade expenses.

It is indicated that cognizant of this hard fact, Sheikh Mohammed Al-Amoudi has decided to erect this state-of-the-art factory to stabilize the price of the product and contribute its share in import substitution.

Speaking at the occasion, Deputy Mayor Takele Umma said that the launching of the projects is part of his administration’s efforts that aims at addressing the social and economic problems of the city residents and that of the farmers around the city.

The mega edible oil factory to be erected by Sheikh Mohammed Al-Amoudi would significantly alleviate the shortage of edible oil, according to Takele.

“Our motto that goes ‘we will make Addis Ababa A NEW FLOWER as its name suggests, we mean we will improve the lives of its citizens through inclusive approach where we should not leave any one behind. Not planting flowers all over the city as some people understand our slogan,” he explained.

Abennet also pointed out that MIDROC commercial farms would be the major sources of raw material for the oil manufacturing. He also said that Sheikh Mohammed currently has finalized the selection of the state-of-the-art machineries for the oil processing plant and has set aside 4 billion birr (100 million Euros).

Abennet also said, “the launching of the construction of the modern cooking oil factory is a very good example of our commitment to engage in the recently announced ‘Home Grown Economic Reform’ of the Government.’ ”

CEO of the Horizon Plantation Investment Group Mr. Jemal Ahmed also said that the oil processing plant is part of integrated development projects of MIDROC Ethiopia. “It is not a standalone factory; rather it would be integrated with oilseeds’ producing farms of the company as well as a “Yeast” manufacturing plant to be built as a sister company in the near future.

Jemal indicate that the major raw material for the factory would be ground nut, soybean, sunflower and cotton seed that are mainly sourced from MIDROC

Though there are over 1,000 companies registered by the Ministry of Trade and Industry to process oil, only few have entered the edible oil manufacturing business.

Sheikh Mohammed has had ambitious plan of establishing a modern cooking oil processing plant to alleviate shortage of the product.

Sheikh Mohammed’s MIDROC Ethiopia is also expected to finalize its mega bakery and flour factory being built around Kaliti with an aim to supply bread with fair price to Addis Ababa city residents.

Born from Ethiopia mother ad Saudi Arabia father, Al Amoudi has been one of the major investors in Ethiopia having around 40 companies engaged in different sector ad employing several thousands. 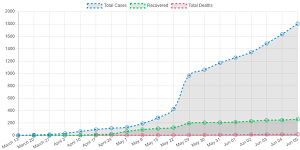 Coronavirus deaths in Ethiopia increase to 19 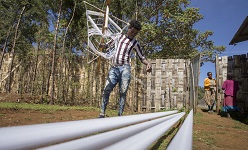