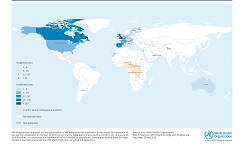 Since 13 May 2022, monkeypox has been reported to WHO from 23 Member States that are not endemic for monkeypox virus, across four WHO regions. Epidemiological investigations are ongoing.

Among the places monekypox has been deadly includes Democratic Republic of Congo, Nigeria, and Cameroon, among others, according to WHO.  The vast majority of reported cases so far have no established travel links to an endemic area and have presented through primary care or sexual health services. The identification of confirmed and suspected cases of monkeypox with no direct travel links to an endemic area is atypical.

Early epidemiology of initial cases notified to WHO by countries shows that cases have been mainly reported amongst men who have sex with men (MSM). One case of monkeypox in a non-endemic country is considered an outbreak. The sudden appearance of monkeypox simultaneously in several non-endemic countries suggests that there may have been undetected transmission for some time as well as recent amplifying events.

The situation is evolving rapidly and WHO expects that there will be more cases identified as surveillance expands in non-endemic countries, as well as in countries known to be endemic who have not recently been reporting cases.

Immediate actions should focus on the following:
providing accurate information to those who may be most at risk of monkeypox.
stopping further spread among groups at risk.
protecting frontline health workers. 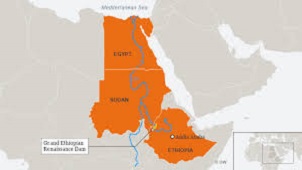