The United Nations Economic Commission for Africa (UNECA) in Addis Ababa, Ethiopia, today held a memorial service for its staff who lost their lives last month in the Ethiopian aircraft accident.

The memorial ceremony is held this afternoon at the UNECA conference in Addis Ababa in commemoration of 21 UN staff and 12 employees of nongovernmental organizations who lost their lives on March 10, 2019 when Flight ET 302 flying to Nairobi, Kenya, crashed. The UN agencies who lost their staff includes World Food Program, International Organization for Migration, United Nations Development Program, UN Environment, among others.

Preliminary report suggested that the pane is crashed in relation to the problem of the installed software, which reportedly also caused the crash of Malaysian same model plane last October.
At the ceremony religious leaders from the Ethiopian Orthodox, Ethiopian Islamic Council, Ethiopian Catholic Church and Ethiopian Evangelical Church have prayed for those who lost their lives and comforted those who lost their loves ones.

Boeing 737 Max 8 plane with 157 people aboard was crashed 6 minutes later after departing from Addis Ababa, Bole International Airport. Speaking on behalf of the families of the victims, it has been hard for me to organize my thoughts and emotions since I lost my husband, a woman who lost her husband in the crash.

UNECA chief, Verra Songwe on her part stated that the 21 UN staff and 12 people who were employees of different NGOs represent 17 countries. …It has been a very difficult time for all of us, especially those who lost their family members, Verra Songwe said. All the victims had a common mission of serving the people of Africa Let’s us keep their spirit of service alive, she said.

Representatives of the UN staff who expressed their condolences at the ceremony have also stated that what happened to the victims exactly one month ago could have happened to any of the staff members gathered for the memorial today. We call them victims because we don’t have better words. These people are mothers, fathers, brothers, sisters to their family, one said. 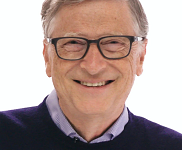