Around 2,000 farmers, represented by their unions, will sign an agreement with OIC to buy basic seed insurance for the crops they are growing on 520 hectares.

Like many African countries, Ethiopian farmers used sell their assets or suffer from severe malnutrition whenever harvest failure and drought occurred.

The new trend, which enables some of farmers to be the owners of an insurance company through their unions, is expected to rescue them from such problems.
In 2010 OIC has signed a total of 54 million birr worth of insurance premium with five farmers’ unions representing about 4,300 farmers.

In addition to OIC, Nyala Insurance Company has also been providing services to farmers in some parts of Ethiopia since 2008. 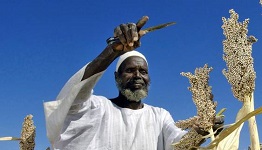