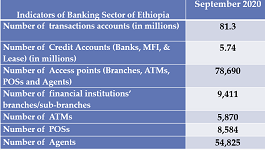 Despite the increase in the number of banks, microfinances and their branches over the last 25 years, the majority of Ethiopians mainly the very poor and those engaged in micro and small businesses still do not have access to credit, a new report says.

A preliminary report by Precise Consult, a private consulting company in Ethiopia, presented at business reporters training in the capital Addis Ababa on Wednesday shows that lending of the banks is limited to the rich and state owned companies.

“Despite their profound economic impact, micro and small enterprises face a variety of hurdles. Access to finance to these sector is a huge challenge,” the preliminary report noted.

As a result the majority of Ethiopians including those tens of million engaged in agriculture are not accessing loans from the banks to expand their business or improve their productivity.

During the discussion on the findings of the preliminary report, it is indicated that unless the government intervenes with new policy measures, the poor in Ethiopia remain neglected by the banks and other financial service providers.

Through policy intervention the government can crate fair playing grounds for medium and small enterprises in Ethiopia to help the enterprises easily access credit from the banks. Introduction of partial guarantee scheme and digital credit system are among the recommendations made the by the preliminary paper, which is expected to be finalized and public soon.

In addition, having proper regulations that allows venture capital and angel investors to finance small business is also among the possible solutions to help the business access to finance.

The preliminary paper by Precise also looked into the national credit scoring system and suggested potential areas for improvement.

“The Ethiopian Public Credit Registry is not adding value such as credit scoring and risk ratings, thereby restricting significance of the credit information to lending decision to a limited extent… Lack of clear policy roadmap that provides a detail and clear timeline on how and towards the country is moving with respect to credit information system. In the absence of private credit bureaus, innovation, competition, and, more broadly, product and service quality and diversity decline,” it said.
Reports show that in Ethiopia around 65 percent of the population is unbanked.

Where the Money Goes 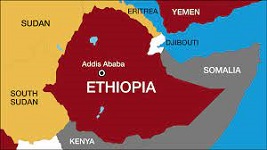