During Ethiopian fiscal year concluded on July 7, 2019, Ethiopia has collected a total tax revenue of 198.2 billion birr (around $6.9 billion), which is $761 million more compared to previous year.

The revenue of the country for the year is 22 billion birr (about $761 million) more than the amount it has collected the previous fiscal year. Adanech Abebe, Minister of Revenue on Friday told reporters that the tax revenue has increased as a result of reforms of laws and practices of related to tax collection of the country.

She also stated that mobilization of the public raising as well as well as better law enforcement have also contributed to the increase of the income. Bottlenecks within the tax collection offices and practices that have been hindering better tax collection have also been addressed during the fiscal year, according to the minister.

She also stated that the country is still collecting tax far below the amount Ethiopian economy should generate. The Minister also stated that tax evasion and avoidance has remain a challenge in Ethiopia. “In terms of addressing these challenges, what we have achieved during the budget year through law enforcement in addition to awareness raising was commendable,” Minister Adanech said.

She also noted that If ministry continues to capitalize on its achievements and address the major challenges related to tax collection, it is possible for the country to cover its expenses from domestic financing in the near future. “When we look at the economy of the country, we don’t believe that this is only the revenue the country can collect. It has the potential to collect more revenue,” the minister said.

During the just started Ethiopian fiscal calendar started July 8, 2019, the government expects to collect 224 billion birr (around $7.8 billion) as indicated in the new budget. On the other hand, the Ministry of Revenue of Ethiopia has set an ambitious target of collecting 248 billion birr (about $8.6 billion) during the same period. 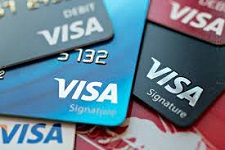 Afreximbank partners with Ecobank to finance trade, investment in Africa