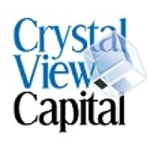 Launched in 2014, with an offering of $10 million of equity capital, the Fund acquired 21 assets from its inception and was comprised of self-storage facilities, manufactured housing communities, a bolt on office, land, and retail assets located across the United States.

The Fund engaged a third party administrator as a calculation agent[1] to calculate the Fund’s Class B performance metrics summarized in the following table:

The Fund’s capital was fully deployed as of September 2017 and began to pursue the sale of assets in the beginning of 2018. Investors received a full return of capital in Q3 2019 with the Fund still holding $24 million in assets. The Fund generated a gross IRR of 47.9% from inception through March 31, 2021 and made a total of approximately $34 million in distributions.

In March 2021, the sale of A Mini Self Storage in Garland, Texas marked the final sale for the Fund generating a sale price of $3.8 million with a project level gross profit of $2.4 million, an IRR of approximately 38.7%, and a 2.5x MOIC.

“Given current market conditions, we have been strategically selling properties out of the Fund over the last few years in order to accelerate and maximize returns to our limited partners,” said Matthew Ricciardella, the Fund’s founder, Principal, and Managing Partner. According to Matthew, investors were very pleased with their returns and, when he announced in late last year that he intended to complete the wind-down in the subsequent year, they immediately began to ask when he would launch a 3rd Fund under a similar strategy.

In light of Fund I returns, investors have naturally seized the opportunity by reinvesting in Fund II which was oversubscribed in June 2020 with approximately $56 million of equity capital raised. In November 2020, Crystal View Capital Fund III was formed, which has an initial offering of $95 million and has since been approximately 65% subscribed.

Crystal View Capital is a private equity real estate firm that specializes in the acquisition and management of self-storage facilities and manufactured housing communities. www.crystalviewcapital.com