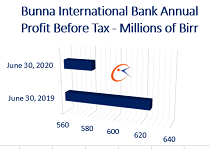 Compared to the previous year, annual profit of Bunna International Bank of Ethiopia has declined by about 43 million Birr (about 6 percent).

Bunna International Bank is one of the 16 active private banks in Ethiopia established by over 10,000 shareholders eleven years ago. Banking business in Ethiopia has been an investment area reserved only for Ethiopian nationals until the government has issued a new directive recently that opened the sector for Ethiopians with other countries’ passport.

Following that decision, which also allowed establishment of full-fledged Islamic banking in Ethiopia for the first time, over a dozen banks are currently under-formation to enter the market. 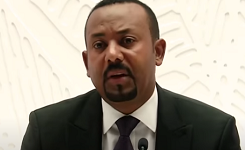