The Prime Minister of Ethiopia Abiy Ahmed holds a meetig with 3,696 teachers from across the country to consult on the draft national education roadmap.

The role of continued dialogue with educators is key in building the next generation, particularly as a path to realizing the new education roadmap, accordigi to the press statement from the Press Secretariat of the Prime Misiter’s Offcie.

Over the past two decades Ethiopia has been achieving success in increasing access to education by building dozens of Universities and technical and vocational schools. Meanwhile, the quality has been a great concern.

That has forced now the country to revisit its education policy and draft a new national education roadmap. The draft roadmap has been commented on by different actors for the past few months. When approved it is expected to address the education quality of the country, among other things. 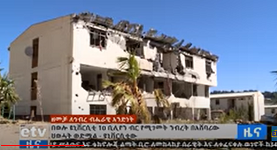