The tourism sector of Ethiopia has generated $2.57 billion in the first nine months of Ethiopia’s fiscal years started July 8, 2018.

This is indicated by the Ethiopian Ministry of Culture and Tourism, which presented its performance report to the Parliament on Wednesday. The income is secured from over half a million tourists, who visited Ethiopia in the past nine months, according to Hirut Kassaw (PhD), Minister of Culture and Tourism who presented the report.

Minister Hirut also stated that during the past nine months over 23 million local people have also visited tourist attractions of Ethiopia, contributing to better performance of the sector. She indicated that travel and tourism in Ethiopia now accounts for one in every eleven dollars in the entire economy and one in 12 of all jobs comes from tourism sector.

It is recalled that the World Travel and Tourism Council’s (WTTC) annual review stated that in 2018, Ethiopia tourism sector has registered growth of 48.6 percent, the largest in the world.

The review stated that travel and tourism reportedly contributed $7.4 billion to Ethiopia’s economy, an increase of $2.2 billion in 2017. The sector now represents 9.4 percent of Ethiopia’s total economy. It supported 2.2 million jobs or 8.3 percent of total employment and was primarily driven by leisure travelers, according to WTTC review.

Several tourist attractions of Ethiopia are registered by the Educational, Scientific and Cultural Organization (UNESCO) as World’s Heritage Sites. Out of Ethiopia’s nine World Heritage Sites registered by UNESCO, one is natural site while the other eight are cultural sites. The east African country is also endowed with endemic wild animals and birds. 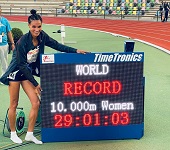 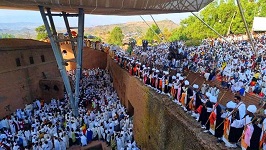