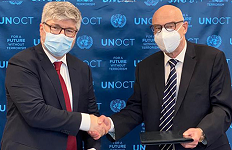 The agreement also aims to strengthen the security of international air transport, trade, and border management, according to the press statement from ICAO, the UN specialized agency on civil aviation related matters.

It is additionally expected to maximize related deliverables to Member States in a variety of areas of ICAO/UNOCT focus, including initiatives pertaining to unmanned aircraft systems (drones) and cybersecurity.

Highlighting ICAO’s commitment to continue working with UNOCT in the implementation of the UN Global CT Strategy, Mr. Salazar noted the particular importance of “future capacity-building efforts under the Threat Assessment Models Program to support States in the enhancement of their national information-sharing mechanisms, threat assessments, and risk-based decision-making.”

“This Agreement on Cooperation exemplifies the ‘All-of-UN’ approach to supporting Member States in implementation of critical counter-terrorism projects. It further strengthens the exchange of information between the two partners and harnesses each other’s expertise to optimize the impact of capacity-building efforts in countering the terrorist travel and protecting civil aviation and critical infrastructure,” Mr. Voronkov said.

The UNOCT agreement was the result of a series of bilateral engagements Secretary General Salazar undertook at UN Headquarters this week to strengthen cooperation and enhance alignment with UN-wide counter-terrorism initiatives.

Mr. Salazar highlighted the tremendous significance and positive influence of these activities, while Mr. Chen noted the critical importance of ICAO’s support and specialized expertise “to determine the efficacy of States’ regulations and policies, and provide recommendations to enhance capacity building, in particular related to aviation security and API and PNR provisions.”

In an additional meeting with UN Counter-Terrorism Committee (CTC) Chair, Ambassador T.S. Tirumurti, Mr. Salazar stressed the importance of invaluable support of the CTC to ICAO in reaffirming ICAO’s leadership role and raising the understanding of the vital importance of aviation security and facilitation among Member States.

While ICAO has also established strong and effective partnerships to effectively respond to threats posed by terrorists, conduct cooperative activities, and exchange information and expertise, the Secretary General stressed that these may be insufficient without the support of Member States.

“Countries must be equally willing to cooperate with each other and share necessary information. The successful implementation of ICAO’s security-related Standards and Recommended Practices (SARPs) depends on common and consistent approaches to dealing with threats by governments,” he highlighted.

The success of these meetings builds on several years of close cooperation between ICAO and UN counter-terrorism related organizations that has evolved to ensure ICAO meets its commitments under the United Nations Charter, Chapter VII: Action with Respect to Threats to the Peace, Breaches of the Peace, and Acts of Aggression, relevant UN Security Council Resolutions, and the aforementioned UN Global Counter-Terrorism Strategy 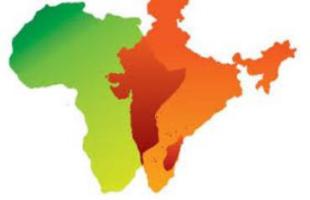