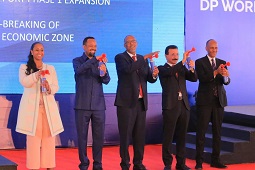 Speaking on the occasion, Transport Minister Dagmawit Moges said the opening of Berbera Port will play an important role in the economy of Ethiopia, which has formulated a 10-year economic plan and it is necessary to develop and use ports to increase the volume of import-export.

Noting that Ethiopia will benefit from the port of Berbera, especially the Somali Region State, the minister noted Ethiopia to build road from Berbera-Jijiga-Dire Dawa-Erer-Miesso that would enable to Jijiga and Dire Dawa  towns to  be the container destinations from Berbera to eastern Ethiopia.

The Berbera Terminal Corridor is jointly owned  by DP World, Somaliland, and Ethiopia with  51, 30 and 19 percent shares respectively.

The first phase expansion project will enable it to keep 500,000 containers and handle one million containers in a year. ENA June 24/2021 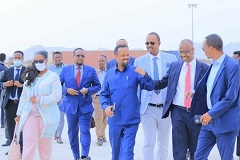