President Muse Bihi Abdi Somaliland and Ethiopia officials from Somali region laid a cornerstone for the construction of a highway that links Berbera Port with Ethiopia’s border tow Togochale.

The 72 kilometers road construction launched on Friday is part of the 234 kilometers highway in three phases. Supported Abu Dhabi Fund for Development, which provided $400 million, the road is expected to boost the trade between Somaliland and Ethiopia. It also gives the landlocked Ethiopia access to an additional port.

The 72 kilometers road construction is estimated to cost 90 million. Speaking at the event President Muse Bihi Abdi stated that the construction of the road is shows the strong relationship between the two sides enhancing the economic and people to people ties.

Ethiopia’s Somali Region Deputy President Mustafa Mohammed Omar indicated that the Berbera-Togochale corridor is instrumental in facilitating import-export trade for the growing economy of Ethiopia by connecting it with alternative sea outlet. He expressed his hope that the project will be completed in 18 months four months ahead of the plan.

A few years ago, the government of Ethiopia has also ventured with Somaliland to have 19% stake in Berbera Port, while of Dubai holds 51% share. In October 2018 DP World has launched construction of the multi-purpose Berbera Port.

DP World has also signed 30 years concession to administer the port. Located on the south Coast of the Gulf of Aden, currently Berbera Port facilities encompass more than 600 meters with Terminals for containers, general cargo office building and other properties. 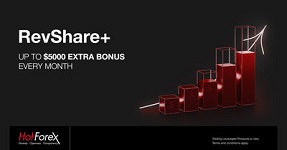