“As member of the international community we urge African countries to call on the United Nations and implement UN Security Council’s resolutions that urged Albanian forces to unconditionally withdraw completely from the Azerbaijan territories,” said Elman Abdullayev, Ambassador of Azerbaijan to Ethiopia and permanent representative of African Union.

He made the statement this morning in Addis Ababa following the four days territorial claim fighting between Armenia and Azerbaijan in Nagorno-Karabakh region, which is concluded yesterday (April 5, 2016) after claiming several dozens of lives including civilians.

“If a county that aggressively occupied 20% territories of its neighbor go unpunished, it gives a bad message for the international community,” he said, indicating that the borders of Azerbaijan are internationally recognized by all states of the world except Armenia, which began invasion in1987.

He stated that the United Nations has passed several resolutions since 1993 condemning the occupation of Azerbaijan territories by Armenian forces. The Ambassador urged the UN to start implementing its resolutions by taking different serious measures such as, imposing sanctions.

“It [UN resolutions] is all on the paper. Unfortunately implementation of a UN resolution takes only hours for some countries while it takes more than twenty years for another country,” he said, expressing his country’s disappointment on the UN for not implementing its resolutions.

“We have been frequently demanding the international community to push for the withdrawal of Armenian forces from Azerbaijan territories, not just because we don’t have strong military to defend ourselves but only because we are peace loving people and don’t want bloodshed in the region,” he said, noting that his country’s military force has reclaimed strategic positions from Armenian forces during the four days fighting started on April 1st.

“We are capable [to reclaim our territories through military action]. We didn’t want bloodshed.  We want this to be resolved peacefully,” he said.

In its July 29, 1993 resolution the UN Security council has demanded the immediate cessation of all hostilities and “the immediate, complete and unconditional withdrawal of the occupying forces involved from the district of Agdam and all other recently occupied areas of the Azerbaijan Republic”.

As a result of the ongoing conflict between the two neighboring states near the Caspian Sea, around one million Azerbaijanis, who used to live in the now under Armenian regime, have become refugees and internally displaced within Azerbaijan, according to the Ambassador Abdullayev.

Co-chaired by Russia, France and the United States and mediated by the twelve countries Conference on Security and Cooperation in Europe (CSCE) and CSCE Minsk Group, the two countries have been discussing to find lasting peaceful resolution for the territory claim related conflict.

The government of Ethiopia has secured $1.33 billion from export of goods during the first six months of the country’s fiscal year started July 8, 2019.

The government of Ethiopia said it has reactivated World Trade Organization (WTO) accession negotiations, which was stuck for several years.

The Government of Ethiopia is set to establish artificial intelligence (AI) research and development center that helps startups and regulate the industry.

The Ministry of Revenue of Ethiopia announces collecting 18.1 billion birr (about $567 million at the current exchange rate) in December 2019. 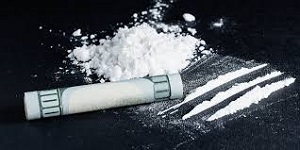 The federal Police of Ethiopia captured 3.9 kilograms of cocaine this week from nationals of Brazil, Bolivia and Ghana at Bole International Airport in Addis Ababa, Ethiopia. 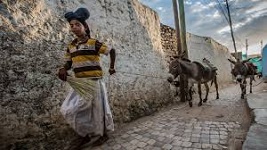 Smuggling of donkeys from Ethiopia to Kenya has been increasing over the past six months making busy customs officers and border controllers.