Africa needs to prepare and speak with one voice when it goes to COP 24 in Katowice, Poland, in December, Kenya’s Environment and Forestry Minister, Keriako Tobiko said Wednesday at the opening of the Seventh Climate Change and Development in Africa (CCDA – VII) conference in Nairobi.

Speaking on behalf of President Uhuru Kenyatta, the Minister said climate change was a matter of life and death for Africa hence the need for its leaders to speak with a strong unified voice and be heard whenparticipating in multilateral climate negotiations and other global issues.

“We have all experienced the devastating and unprecedented impacts of climate change on our peoples’ lives and livelihoods as well as our national economies. Africa is the most vulnerable continent despite contributing only about 4% to global greenhouse gas emissions but when we go to argue our case we speak in tongues and come back with no deal,” he said.

“We need to make sure that we have a unified voice as we proceed to COP24. We should showcase our own solutions to climate change; solutions that are developed and customized to fit our own situation.”

He said given Africa’s shared ecosystems and that natural resources know no boundaries, it was essential that ‘we continue to speak in one voice to safeguard the basis of our development and seek transformative solutions’.

Mr. Tobiko said the theme of this year’s forum, “Policies and actions for effective implementation of the Paris Agreement for resilient economies in Africa”, reflects Africa’s collective engagement and commitment to strengthen climate change actions in the context of its development priorities.

Climate change threats, he said, however present opportunities for innovative and green investments for Africa.

“This is why implementation of the Paris Agreement remains a priority for the continent in order to adapt to the inevitability of climate variability and change. It is however important to emphasize that achieving the goals of the Agreement require committed leadership from state and non-state actors,” the Minister said.

Commenting on theIntergovernmental Panel on Climate Change’s (IPCC) ‘Global Warming of 1.50C special report and its impacts in the context of strengthening the global response to the threat of climate change, sustainable development, and efforts to eradicate poverty’, Mr. Tobiko said limiting global warming to 1.50C would require rapid, far reaching and unprecedented changes in all aspects of society.

“Operationalisation implies that adequate and predictable resources be mobilised and made available to support adaptation and mitigation action in Africa and other developing world,” he said, adding it was important that discussions and outcome of CCDA-VII contribute to build momentum towards the upcoming COP 24 and implementation of Nationally Determined Contributions (NDCs).

Local communities, women and the youth, he said, should be engaged in Africa’s efforts to combat the vagaries of climate change.

“There are numerous practical and innovative solutions at community, sub-national, national and international level that we should never ignore in Africa. Climate change affects all of us but it affects doubly the most vulnerable members of our communities so we should always engage them because they also have the knowledge and solutions,” he said.

The Minister said as part of efforts to tap into opportunities in biodiversity, Kenya will be hosting its first Sustainable Blue Economy Conference between the 26th and 28th November 2018 to promote sustainable investments in oceans, seas, lakes, and rivers. 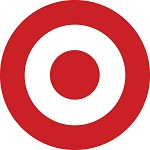