With the aim of inspiring Africa girls and women, an Ethiopia Airlines all-women functioned flight departs from Addis Ababa, Ethiopia, this evening to Oslo, Norway on the International Women’s Day, March 8.

Led by Captain Amsale and Capitan Kalkidan the members of the crew labeled the ‘the Lucies on the sky’, are set to celebrate March 8 tomorrow with the Norwegian Prime Minister. “This flight is an important symbolic flight not only to show the power of women, but it will serve as inspiration, hope and confidence for the young girls attending schools in our continent today that they have a very brought future,” said Tewolde Gebre-Mariam, CEO of Ethiopia Airlines Group.

At the moment Ethiopia Airlines operates five weekly flights to Oslo, Norway via Stockholm with ultra-modern Boeing 787 Dreamliner. The fastest airline in Africa, Ethiopian Airlines currently flies to around 119 destinations across five continents. 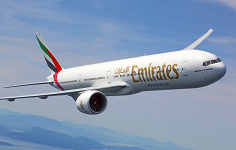